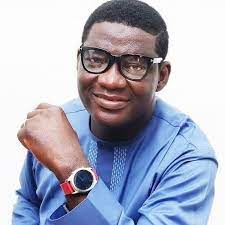 The Director-General, Lagos State Sports Commission (LSSC), Mr. Oluwatoyin Gafaar, has charged the athletes and officials of Team Lagos participating in the 6th National Youth Games (NYG) from October 10 to 20, 2021, in Ilorin, to excel and do the State proud by coming tops at the games.

Gafaar, who gave the charge on Sunday before Team Lagos left for the competition, said the Commission had put everything in place to ensure a successful outing for the Athletes at the National Youth Games.

The Director-General also appealed to the Coaches and officials to put in more effort to ensure that Lagos wins more Gold medals compared to what the team achieved in the previous competition held in 2019 when Lagos came second at the 5th National Youth Games behind Delta State.

“I would like to urge the Coaches and Officials to motivate and encourage the Athletes to perform well by winning more Gold medals for the State. Let us put in our best to have a good outing in Ilorin. With determination, commitment and hard work, the contingent is bound to have a successful outing in Ilorin”, he said.

Team Lagos comprises 260 athletes, 59 Coaches and other Officials, including Medical Personnel, Association Secretaries and Education District Sports Officials amongst others.