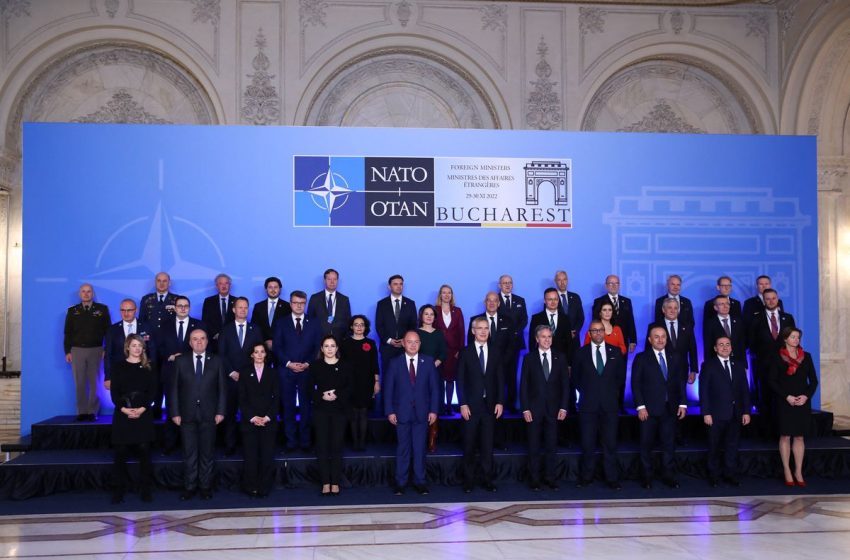 NATO allies said on Tuesday they would ramp up aid for Ukraine during a very tough winter caused by Moscow’s targeting of its energy infrastructure, as the alliance’s head accused Russian President Vladimir Putin of using the cold as “a weapon of war”.

Foreign ministers from the NATO military alliance are seeking ways at talks in the Romanian capital Bucharest to sustain Kyiv’s military and help keep civilians safe amid the constant blackouts and heating shortages.

“President Putin is trying to use winter as a weapon of war,” NATO Secretary-General Jens Stoltenberg told reporters at the start of a two-day gathering.

The ministers will focus on increasing assistance such as air defence systems and ammunition to Ukraine.

They will also discuss non-lethal aid including fuel, medical supplies, winter equipment and drone jammers, delivered through a NATO assistance package that allies can contribute to.

“I hope we will agree on a quite significant package of non-lethal help,” Czech Foreign Minister Jan Lipavsky said.

Ukrainian President Volodymyr Zelenskiy warned his fellow citizens of new Russian attacks this week that could be as bad as last week’s, the worst yet, which left millions of people with no heat, water or power.

Germany, which holds the presidency of the Group of Seven rich nations, scheduled a meeting of the G7 with some partners on the sidelines of the NATO talks as it seeks ways to speed up the reconstruction of Ukraine’s energy infrastructure.

“I think we all have seen these pictures taken from satellites where you see Europe in light and then you see Ukraine dark… so there is a huge task to rebuild all of this,” Stoltenberg said.