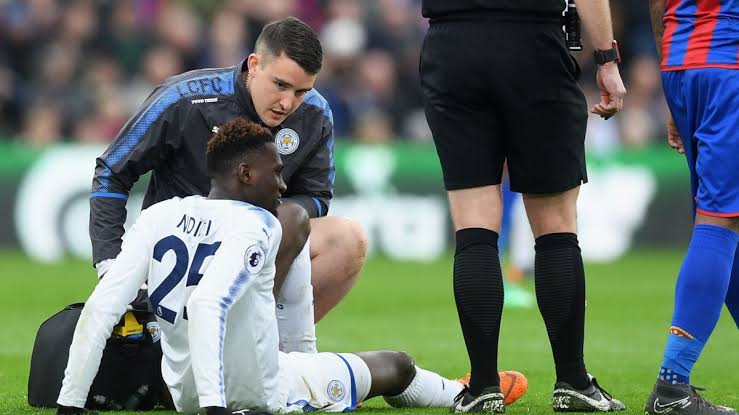 WILFRED Ndidi will miss four week of action due to a hamstring injury PUNCH Sports Extra has learnt.

The 24-year-old midfielder who was left out of Nigeria’s 2022 World Cup qualifiers against Central Africa Republic over two legs will miss the Foxes games against Crystal Palace, Manchester United, Spartak Moscow, Brentford and Brighton.

He is expected to return to action for Leicester City’s home clash with Arsenal on October 30.

“Ndidi is out for a month with a hamstring injury,” Eagles coach Gernot Rohr told reporters

“He will be missed for the games against Central Africa Republic but we expect him to make good return next month for the fixtures against Liberia and Cape Verde.”

Meanwhile, Brendan Rodgers has admitted that replacing Ndidi directly is not something anybody in the City squad can do, but does feel summer signing Boubakary Soumare has attributes to excel in a similar role.

“It’s impossible to find what we have,” Rodgers said of Ndidi’s absence.

“We’ve got good players, but specifically the job he (Ndidi) does in breaking up play and just his overall defending and in the box, he’s irreplaceable for us.

“We have a number of other good players, we just need to find a different way. That’s also part of the point, as I said earlier in the season, for bringing Soumare into the squad, because he gives us that physicality. But Wilf’s a really unique and fabulous player.”

However, Kelechi Iheanacho is back in contention after he missed out in midweek following an issue with his documents at the Polish border.

Rodgers said on his striker, “He flew back. He’ll be fresh and ready for the weekend (against Crystal Palace).”