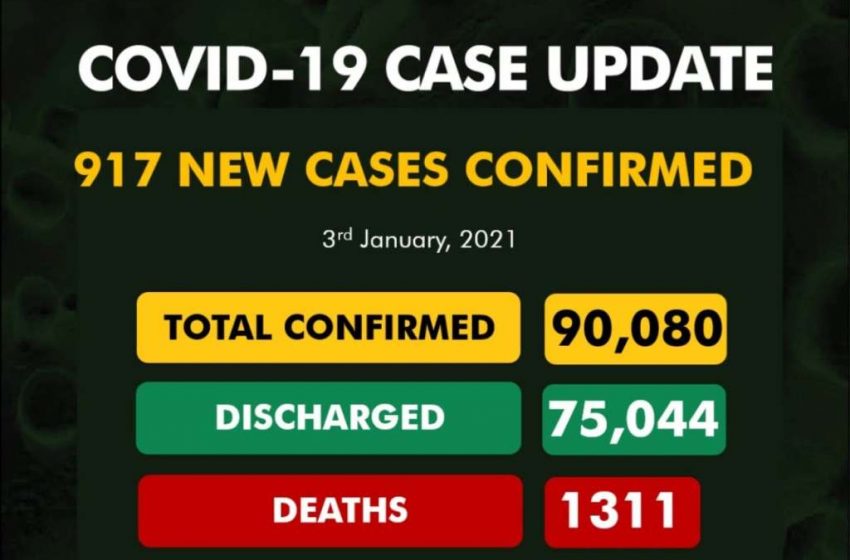 The Nigeria Centre For Disease Control (NCDC) has reported  917 new Coronavirus (COVID-19) infections in the country. The NCDC disclosed this via its verified website late Sunday. The News Agency of Nigeria (NAN) reports that so far, 955,429 persons have been tested in the country since the first confirmed COVID-19 case was announced on February 27,  2020. According to the public health agency, the total number of infections in the country now stands at 90,080. The centre reported nine new deaths in the past 24 hours in the country. It said 16 states and the Federal Capital Territory (FCT) recorded the new infections. In the past 24 hours, 255 recoveries were recorded in the country, It added. A breakdown of data provided by the health agency shows the FCT recorded the highest number of infections for the day with 222 cases, followed by Lagos, Kaduna, and Plateau states which reported 214, 119, and 92 cases respectively. The other states affected are Nasarawa,  with 50 new infections, Oyo-41, Adamawa-33, Ondo-32, Abia-28, Ogun-19, Rivers-17, Kano-16, Yobe-14, Edo-eight, Anambra-six, Ekiti- five, and Jigawa-one. It said a multi-sectoral national emergency operations centre (EOC), activated at Level 3, continued to coordinate the national response activities.