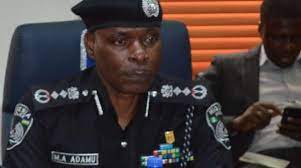 The Senate has introduced a bill seeking to amend the Police Act, 2020.

According to the sponsor, the bill seeks to enhance the operational capacity of the Nigeria Police Force (NPF) through the removal of constraints of funds and whittling down the over-centralisation of the command structure of the police force.

This is coming six months after President Muhammadu Buhari assented to the Nigeria Police Bill 2020, on September 16, which repealed the Police Act Cap. P19 Laws of the Federation, 2004.

The amendment seeks to decentralize the police command structure with operational and budgetary powers vested in the zonal offices.

Some experts told the Daily Trust that if passed into law, the bill will reduce administrative challenges in the police, in addition to inching closer to state police.

Salient provisions in the new bill

The amendment seeks to insert a new Section ‘6(7)’ which provides for the structure of the Nigeria Police Force (NPF) as follows:

The new section makes provision for an organic structure for the police force so that its operations would be streamlined easily and better coordinated in line with global best practices.

The new Section 6(9)(a) of the bill establishes the zonal structure of the NPF to be headed by an Assistant Inspector General of Police, who is given the power of budgetary control over the respective zones.

The provision makes for an even spread to all the geopolitical zones in the country and also obviates the unnecessary administrative bottleneck of having to report to the Inspector General of Police (IGP) in Abuja before key decisions are made, especially urgent decisions on funds.

(i) The zonal offices of the Nigeria Police Force shall consist as follows:

(ii) Each zonal office shall be headed by an AIG of police who shall report to the IGP.

(iii) The zonal offices shall have operation and budgetary control over the police formations in the zone and shall prepare and submit to the Force Headquarters their budget.

Sections 6(9) and (10) of the bill made provisions for the establishment of zonal and state security advisory councils, respectively.

These advisory councils are designed to be headed by the governors, on a rotational basis for the zones, and by each state governor in the states.

The bill said the advisory councils have the membership of the senators from the zones, speakers of the Houses of Assembly from the zone, all the security agencies, civil societies, traditional councils, business communities, local government chairmen, leaders of faith-based organisations, and representatives of the zones in the House of Assembly etc.

According to the sponsor, “The amendments being sought to be implemented in the Police Act also align with the clamour for state police as the bill has made way for the participation of state actors in the affairs of the police force as it affects their zones and or states respectively.

“These amendments, if favourably considered and implemented, would improve our security apparatus and address the security challenges facing the nation,” he said.

Daily Trust reports that the new bill is a clear departure from the existing police structure.

The command structure, also referred to as authority structure of the police force is predicated on the regimental nature of the force and conducted along the force badges of ranks.

Thus, in accordance with Section 215(2) of the 1999 Constitution, Section 6 of the Police Act, 1990 Laws provide that, “The Force shall be commanded by the Inspector-General of Police”.

This simply means that orders, directives and instructions to perform or carry out the duties with which the police are charged, flows from the IGP, through the chain of command, to any officer positioned to implement such order.

A retired Deputy Inspector-General of Police (DIG), Adedayo Adeoye, described the bill as long overdue, adding that lawmakers should make it in such a way that CPs will have the power to challenge the IGP in court.

He said, “This is long overdue and if it will achieve state police. I am in support because it is not easy for only one IG to be controlling the entire police force.

“The National Assembly should include in the constitution they are amending now that a certain percentage of monies for the police should go to the states. The states will be able to manage the smaller police than the bigger police we are managing.”

Speaking on the implication of whittling down the powers of the IGP, Adeoye said, “The Nigerian police will still be in existence. The bill is not saying they should scrap the Nigeria police entirely.

“The IG will still be there but the CPs in the state will have more power to take more actions and the governors, who are the chief security officers of the states, will be able to direct the CPs. That is the alternative.”

He dismissed the arguments from some quarters that politicians (governors) will be controlling the police.

“A time will come when the whole thing will level up. Once the commissioner of police is appointed, the force headquarters has no power over him again – that power to perform his duties. They should allow them to perform their duties. They can even take IGP to court to go and explain.”

In his reaction, a retired Assistant Inspector-General of the Police, Austin Iwat, noted that the move will not in any way affect the Nigeria police.

Iwat expressed concern that the lawmakers should be wary of handing over the police to the states.

Reacting to the development, the Director, Centre for Democracy and Development (CDD), Idayat Hassan, said the bill on decentralizing the police is a good one as it would help in bringing policing to the grassroots.

According to her, it would also help in adapting policing according to geo-political peculiarities thereby making state or community policing a reality. She said, “This should, however, be content specific to reduce using Abuja as an excuse.”

However, the Executive Director, Resource Centre for Human Rights and Civic Education (CHRICED), Dr. Ibrahim Zikirullahi, told Daily Trust that the centre had gone through the legislation and it came across as an effort that was not far-reaching enough in the context of ongoing security challenges.

He wondered how this will fundamentally change the ground game when it comes to policing.

“Our concern stems from the fact that more bureaucracies will be created; which may not drastically change the ground game. How will these proposed tweaks lead to the effective policing of far-flung rural areas which have now become more or less ungovernable territories? How will it lead to a more strategic police presence for the purpose of protection of lives and property?

“The other question has to do with control. Even when the zonal command headed by an AIG is put in place, who are the officers ultimately answerable to? It will still be the Inspector General.

“In essence, notwithstanding these tweaks, the police will remain centralised and it will continue to be isolated from the local environment where the security issues emanate from. So those championing the amendment may end up unwittingly reinforcing the over-centralisation of the federal police,” Zikirullahi said.