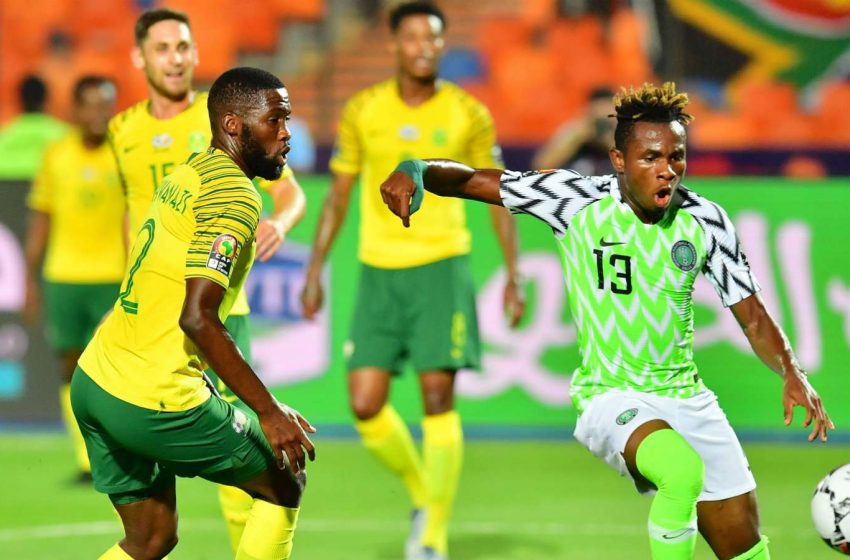 The Super Eagles, Bafana Bafana, and the Harambee Stars are unmoved in the latest rankings released by the world football governing body

Nigeria, South Africa and Kenya are unmoved according to May’s rankings released by the Federation of International Football Association on Thursday.

It has been a quiet period in the month under review – and it is understandable why the trio alongside most African nations stayed motionless.

With 1487 points, three-time African champions remain third in the continent and occupy the 32nd spot globally.

For Bafana Bafana, who square up against Zimbabwe later this year, they still retain their 15th place in Africa and no. 75 in the world.

Charles Akonnor’s Black Stars – who are unbeaten in their last two games in all competitions sit in seventh place in Africa and 49th in the world.

The Harambee Stars will not be featuring at the 2022 Africa Cup of Nations in Cameroon, nonetheless, they still maintain their 23rd spot in Africa and 102nd position universally.

Senegal are ranked first in Africa and 22nd in the world with 1542 points, while Tunisia’s Carthage Eagles – who are also unmoved – remain 26th globally and second in Africa after accruing 1512 points.

Guinea Bissau who were the biggest movers in April – moving a massive 11 places are 108th in the world, while Namibia are ranked 111th.

For Africa Cup of Nations debutants Comoros, losing 4-0 to Mohamed Salah’s Egypt on the last day of their Afcon qualification are rated no. 36 in Africa and 131st worldwide.

Bahrain’s one-place gain (98, +1) is the only movement among the 210 senior national teams that make up the rating.

European side Ukraine remain 24th but, having dropped points, as nearest chasers Serbia and Montenegro have closed the gap on them.