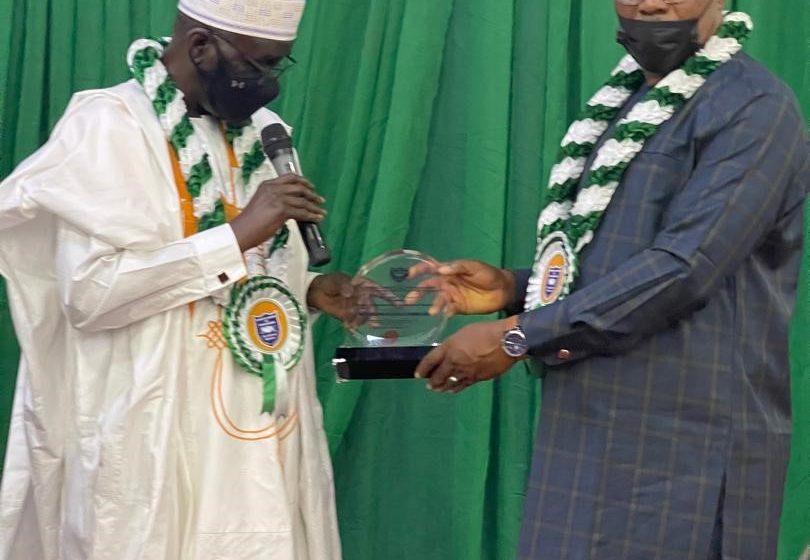 pecial Adviser to the Lagos State Government on Labour and Industrial Relations, Comrade Babatunde O. Williams receiving the Award from Senator Ibrahim Shekarau on behalf of Governor Babajide Sanwo-Olu at the event.

The Special Adviser the Governor on Labour and Industrial Relations, Comrade Babatunde O. Williams, who received the award on behalf of Mr. Governor, thanked the organisers of the event for the award and reaffirmed the commitment of the Lagos State Government towards the continuous prompt payments of pensions to State’s retirees.

Earlier, the National President of NUP, Dr. Abel O. Afolayan, stated that Governor Babajide Sanwo-Olu had within a period of two years cleared all various liabilities of pension arrears he inherited from previous administrations in the State.

He said, “Governor Sanwo-Olu’s managerial imprint became noticeable at the Lagos State Ministry of Establishments, Training and Pensions in 2007 when he served as the Commissioner. During this period, he authored an executable Civil Service framework designed around the Human Capital Performance Index, which puts Lagos State Civil Servants amongst the highest and regularly paid in the country”.

“Amongst other enviable feats, Mr. Governor had an impressive record of accomplishments, in which he was instrumental to the setting up of Lagos State Pension Commission (LASPEC), a Contributory Pension scheme, even ahead of the Federal Government of Nigeria”, Dr, Afolayan added.

The National President said all members of the association are overwhelmed and impressed by the tremendous show of love for all pensioners in Lagos, stressing that there is no doubt that Governor Sanwo-Olu has created an indelible impression for successive administrations in the State.