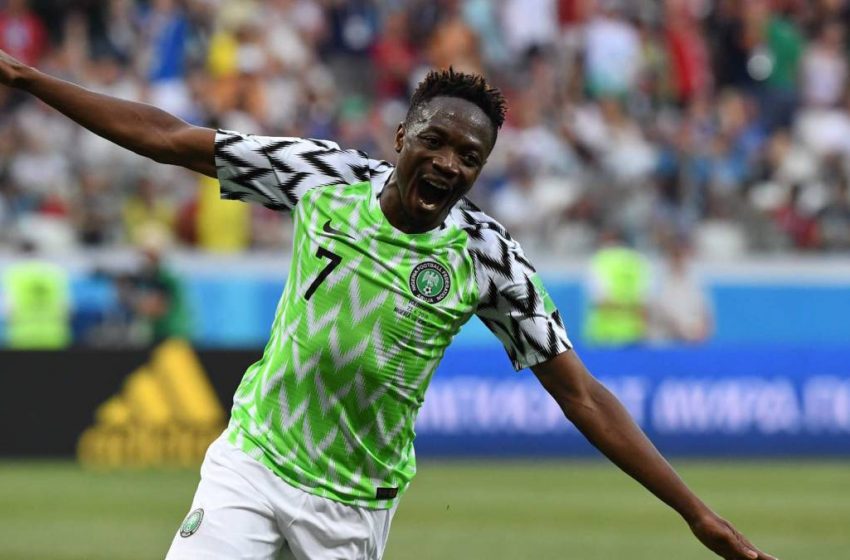 Captain Ahmed Musa celebrated his 100th cap for Nigeria with a precious win that took the Super Eagles to a firm position at the top of Group C of the African race of the FIFA World Cup Qatar 2022.

A 75th-minute own goal by Cape Verde earned Nigeria a 2-1 win in their qualifying clash in Mindelo on Tuesday, a result that stabilized the Super Eagles’ leadership of the pool as they await a home-and-away fixture against Central African Republic next month.

Dylan dos Santos steered the home team in front after 19 minutes of an intense back-and-forth by both sides, when he slipped behind the Eagles’ rearguard and slammed a rocket of a shot past goalkeeper Maduka Okoye.

The three-time African champions refused to be brow-beaten, and launched series of attacks, with Chidera Ejuke forcing the opposing goalkeeper to an acrobatic save in the 27th minute. Two minutes later, an alert Victor Osimhen would pull Nigeria level, stabbing home from close range after the goalkeeper punched following a defensive blunder.

In the 41st minute, the lively Ejuke again rattled the Cape Verde number one, before Osimhen came close to adding another one from a corner with a minute to recess.

In the second half, Ahmed Musa latched onto a centre by Osimhen as the Eagles pushed forward, but his tame shot was easily collected. Substitute Onyekuru was also guilty of putting too low a purchase on his shot in the 73rd minute as Nigeria streamed to the opposition area.

Two minutes later, in a spectacular backpass to his goalkeeper, Kenny Santos scored an own goal as the ball floated above the goaltender and landed in the net. The goal put Nigeria in front and eventually gave the Super Eagles the three points on the night.