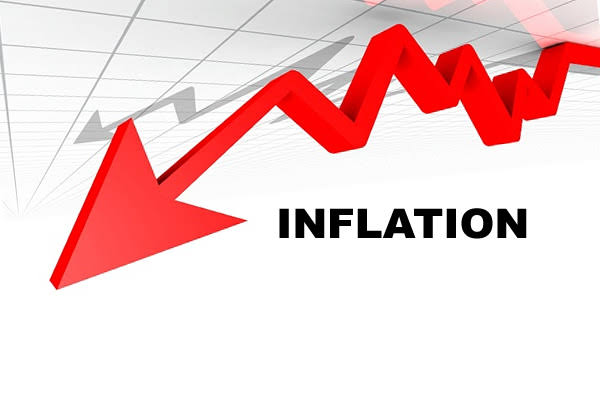 Nigeria’s headline inflation has dropped for the first time in 20 consecutive months, recording 18.12 per cent decrease in April year-on-year from 18.17 per cent reported in March.

The National Bureau of Statistics (NBS) disclosed this in the Consumer Price Index (CPI) April 2021 report published on Monday.

Latest data by the agency revealed that food, urban, and rural inflation also dropped, leaving core inflation on the high at 12.74 per cent which rose due to increases in pharmaceutical products and other items.

“The Consumer Price Index (CPI), which measures inflation increased by 18.12 per cent (year-on-year) in April 2021. This is 0.05 per cent points lower than the rate recorded in March 2021 (18.17) per cent. Increases were recorded in all COICOP divisions that yielded the Headline index,” the report said.

“The corresponding twelve-month year-on-year average percentage change for the urban index is 15.63 per cent in April 2021.

Similarly, the composite food index rose by 22.72 per cent in April compared to 22.95 per cent recorded in the previous month.

The NBS explained that the rise in the food index was a result of the increase in prices of coffee, tea, coca, bread and cereals, soft drinks, milk, cheese and eggs, vegetables, meat, oils and fats, fish and potatoes, yam and other tubers.

The food sub-index also increased on a month-on-month basis by 0.99 per cent in April, down by 0.91 per cent points from 1.90 per cent recorded in March.

Kogi, Bauch, and Sokoto States, according to the report, recorded the highest inflation while Abia, Kwara, and Katsina had the lowest inflation in the month under review.

The latest data by the NBS beat the expectations of economists who had projected a continuous increase in inflation.