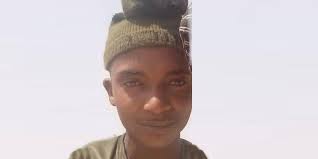 Kachalla had been on the run for masterminding several criminal acts, including kidnappings, killings, cattle rustling, and banditry in parts of the state.

The Kaduna State Commissioner for Internal Security and Home Affairs, Samuel Aruwan, confirmed this in a statement on Monday.

He said human intelligence networks reported that criminals from the rival sides were also killed, including some of Kachalla’s lieutenants.

Aruwan disclosed that the clash occurred in a forest around the boundaries of Kajuru and Chikun Local Government Areas.

The fight which occurred in the central senatorial district of the state followed a dispute over a large herd of rustled cattle.

According to the commissioner, Kachalla and his gang were involved in several crimes, including kidnappings, killings, and banditry on the Kaduna-Abuja Road, as well as the Chikun and Kajuru general areas.

He stated that the late bandit was the mastermind of the kidnapping of seminarians of Good Shepherd Major Seminary in Kaduna on January 9, and the abduction of Mrs Bola Ataga and her two children on January 24, 2020.

Kachalla and his gang later killed one of the seminarians, Michael Nnadi, and Mrs Ataga before releasing her children.