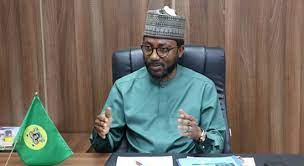 The Nigeria Ports Authority (NPA) has decried the continuous theft of buoys along the eastern corridor of the country’s waterways in Calabar, Port Harcourt, Onne, and Warri.

The Managing-Director of NPA, Alhaji Mohammed Koko, expressed the Authority’s frustration on Tuesday during a briefing with State House Correspondents in Abuja.

Speaking on the performance of the NPA, Alhaji Koko said the theft of the buoys was making navigation more dangerous, thereby discouraging international cargo ships from using the eastern maritime corridor.

According to him, each of the buoys, which serve as navigational route signs, costs between 12 million and 20 million Naira. He bemoaned the fact that this year alone, about 25 of the maritime safety equipment have been stolen.

Alhaji Koko said the Authority has been interacting with the locals and leaders of the affected villages, where the thefts have been taking place as part of attempts to stop the trend.

“The intelligence persons bringing in vessels to steal crude, one of the things they do is, they shot down the Automatic Identification Systems (AIS),” he noted.

“This is what is needed in terms of transmission for you to even know when the vessel comes in and the location they are to go to. They come in legally but then they go by the left hand side to commit illegal activities after switching of their AIS.

“We are going ahead to deploy the Vessel Traffic Service (VTS) and to also have information in terms of vessel movement”, he said.