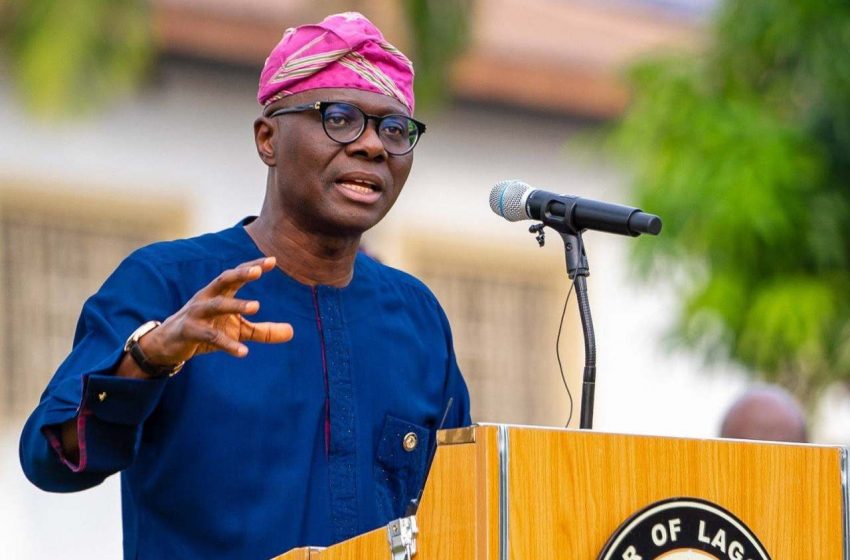 Lagos State Governor, Mr. Babajide Sanwo-Olu has directed the state Commissioner of Police, Hakeem Odumosu to institute an investigation into the harassment of some protesters who were arrested during last Saturday’s botched protest at the Lekki Tollgate. Commissioner for Information and Strategy, Mr. Gbenga Omotoso, disclosed this yesterday, at a media parley, organised by Management of Lekki Concession Company, LCC, led by its Managing Director, Mr. Yomi Omomuwasan, to clear the air on some controversial reports in the media, held in Ikeja G.R.A, Lagos.

The botched protest was organised by some aggrieved groups to protest against the reopening of the toll gate as ordered by judicial panel of inquiry into the #EndSARS protest of October 20, 2020, and other alleged police brutality in the state. Recall that 40 protesters, including ace comedian, Debo Adebayo, popularly known as Mr. Macaroni, were arrested and arraigned by a Lagos Mobile Court, within the premises of Criminal Investigation Department CID, Panti before being granted bail. Apart from the arrests, the protesters were allegedly, subjected to harassment and seizure of their personal phones, cameras and personal effects.
While speaking with newsmen on the alleged harassment of some protesters last Saturday, Omotoso said the Governor  has directed the CP to begin investigation into the molestation of some protesters with a view to prosecute and punish any officer found culpable. His words: “Mr. Governor is unhappy about the situation and he has directed the CP to fish out the culprit(s) and ensure justice is served in line with the appropriate rules of the Nigerian Police Force. “The governor can’t stand and watch residents brutalized by the police. It’s a big embarrassment to the state government. This will not be condoned.” Earlier, Omomuwasan, expressed regret that some people were using fake news to misinform Nigerians about the company’s ownership and whip up public sentiment against its return to business. While expressing condolence with Nigerians who suffered one loss or the other during the protest, he stressed that continuing to punish LCC whose facility was forcefully taken over by the protesters for whatever happened on October 20, 2020, would be a regrettable double ‘whammy’ for the company. Omomuwasan explained that the non-return of the company to operation was negatively affecting LCC’s subsisting loan obligations to local and international lenders, maintenance of the road, its ancillary services and most importantly,  the welfare of its over 500 staff, mainly youths, some of whom have been home since the incident in October. He disclosed that LCC owed N23.9 billion and $49.6 million to local and foreign lenders as of December 31, 2011. He, however, lamented that the forceful takeover of the Tollgate by #ENDSARS protesters and its subsequent destruction had affected its ability to service its debts. “From October 20, 2020, to February 13, 2021, we have lost over N2.5 billion in terms of damages and loses. According to Omomuwasan , “As of January 31, 2021, the outstanding debt liability from the local lenders is in the region of N11.6 billion and from the foreign lenders $31.1 million, with the difference being the amount LCC has so far paid the lenders. Before the #ENDSARS protest, LCC had continued to meet up with servicing its loan obligations without default to the lenders. “However, since the commencement of the #ENDSARS protest, the forceful takeover of the Admiralty Circle Toll Plaza and the unfortunate incident of Tuesday, October 20, 2020, we have had to plead for moratorium repeatedly with our local and international lenders. “It has been impossible to meet our loan repayment obligations- and obligations to our workers- given our inability to collect tolls, the main revenue source from which the repayment was contractually expected to come.” Lekki Estate residents list conditions for reopening Meanwhile, residents of estates around Lekki, under the aegis of Lekki Estates Residents and Stakeholders Association (LERSA), have given the Government and LCC, conditions for the re-opening of the Lekki Toll Gate. The conditions was contained in a press statement issued by the association, comprising over 80 estates and communities. In the statement by Olorogun James Emadoye and Mr. Gbemi Adelekan, LERSA President and Secretary-General respectively, the residents asked the state government and LCC to provide viable alternative roads to the tolled roads, implement round figure fees at the toll and immediately improve the tolling system technology to guarantee free flow at the toll gates before commencement of tolling. While appealing for restraint among angry youth, LERSA called on the government to allow free expression of discontent in a way that guarantees protection of lives and properties.