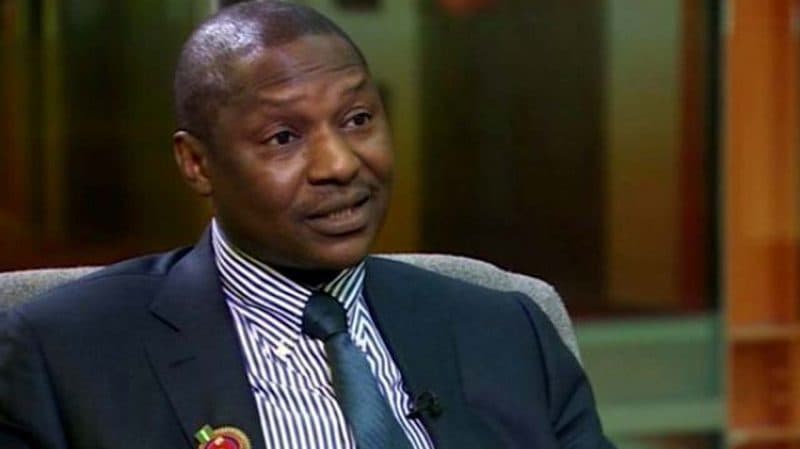 The Attorney General of the Federation and Minister of Justice, Mr Abubakar Malami, SAN, has denied knowing or engaging at any time, a fake police officer, Lawrence Ajodo who was among 14 persons paraded by the Police over the siege to the Abuja residence of Supreme Court Justice, Justice Mary Odili.

Ajodo, who allegedly led the team that invaded Justice Odili’s home, had during interrogation, confessed to be a consultant to the AGF but insisted that he was not sent on the raid by the AGF.