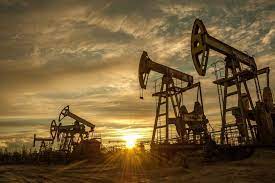 Oil prices climbed above $81 on Monday as the Organisation of Petroleum Exporting Countries and its allies announced that it would maintain its steady output increase by 400,000 barrels per day in November, its highest since 2014.

OPEC also said Nigeria’s crude oil production slipped by 130,000 barrels per day in the third quarter of the year.

The International crude oil benchmark, Brent, traded 2.75 per cent higher at $81.46 per barrel as of 3:43 pm Nigerian time on Monday, after the announcement by the Joint Ministerial Monitoring Committee, according to Oilprice.com.

A report by Bloomberg said that the meeting would be followed by a full ministerial gathering to review the recommendation.

The United States West Texas Intermediate rose by 2.52 per cent to trade at $77.79 per barrel at the same time. Bloomberg said that data modelled by OPEC+ showed that demand would outstrip supply over the next two months. Yet, the alliance is unlikely to add more than the planned 400,000 barrels per day output.

A report by the PUNCH had stated earlier that the Federal Government said in July that the newly allocated marginal field licences would help the country achieve its production growth to four million barrels per day.

The average daily production in July was 1.39 million barrels per day. This showed that despite the rise in oil prices during the period, Nigerian production kept declining.

The Minister of State for Petroleum, Timipre Sylva, at a conference in Dubai in September attributed Nigeria’s production struggles to technical issues from re-tapping reservoirs that were earlier shut to comply with stringent cuts from OPEC.