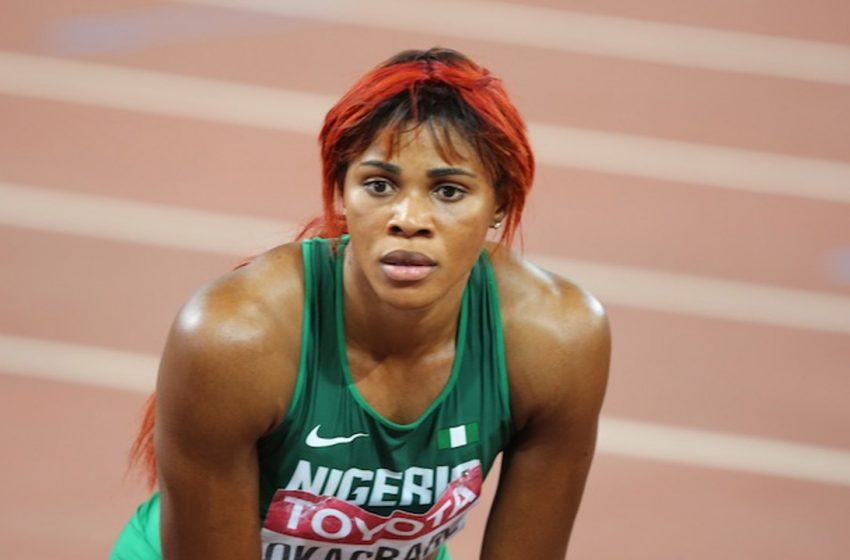 Nigeria’s Blessing Okagbare, who was, at the weekend, banned for 10 years by the Athletics Integrity Unit (AIU) of World Athletics for doping offences, may be further punished by the body for more anti-doping rule violations (ADRVs) following revelations in the ongoing case between the Federal Bureau of Investigations (FBI) and Eric Lira.

The latest indictment could also see a Nigerian male sprinter getting a four-year ban alongside Okagbare.

On January 12, 2022, the U.S. Attorney’s Office for the Southern District of New York issued a press release concerning the filing of criminal charges publicly against Lira.

Those charges relate to the distribution of prohibited substances to two athletes for the purpose of cheating at the 2020 Olympic Games held in Tokyo in the summer of 2021.

The FBI complaint sets out highly incriminating text and voice messages by ‘Athlete 1, who the AIU believes is Okagbare with a contact named “Eric Lira Doctor’ in 2020 and 2021.

The messages include Okagbare asking Lira for vials or doses of EPO and hGH and querying the quantity of drugs she would need for herself and ‘Athlete 2’ (believed to be a Nigerian male sprinter).

The messages also included Okagbare sending to Lira a list of drugs that she wanted, including hGH and EPO.

On June 13, 2021, Okagbare queried in a message sent to Lira whether she was safe to take a test following a particular dosage, and because she was not sure, she ‘just let them go so it will be a missed test.’

The notice, according to World Athletics, was based on its assertion that Okagbare is “Athlete 1.”

The AIU is currently investigating these matters albeit Okagbare in her defence claimed she did not evade any test.

“As I had earlier responded to you on this issue, I did [sic] was in my room on June 13, 2021, and did not hear or see the DCO (Doping Control Officer). Though that I ensured that my phone was available in case there was a need to reach me on my mobile phone, I had no knowledge that the DCO was at my door on that day.

“On the demand to provide copies of messages referred to in the unsealed complaint against Lira, I did not have any such conversation or message with Lira at any time on or around June 13, 2021 to the best of my knowledge and do not have it on my phone,” Okagbare wrote in her defence.

She is liable to a further four-year ban if she is found guilty of violating Rule 2.3 or Rule 2.5.