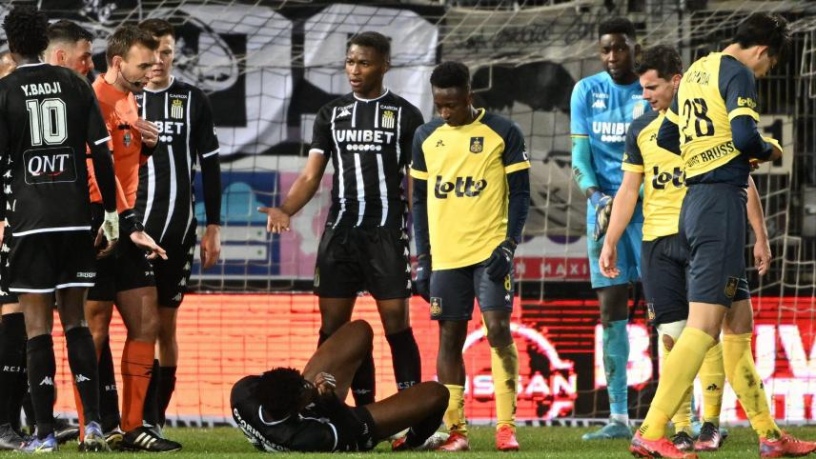 Royal Charleroi have confirmed that Super Eagles defender Valentine Ozornwafor is in good condition following a major scare on Saturday night, after he collapsed twice in The Zebras’s 3-0 loss to Union Saint-Gilloise at the Stade du Pays de Charleroi in the Belgian topflight.

The two-cap Eagles defender was taken off in added time of the first half and was replaced with Jackson Tchatchoua after he received a punch in the face by Union’s Dante Vanzeir.

The heavy blow from the Belgian forward left Ozornwafor unconscious, and had to be taken off on a stretcher.

There was, however, a positive update from Charleroi in a statement confirming the defender had regained consciousness, but added he would be under the observation of the doctors.

“The first news about our defender Valentine Ozornwafor is reassuring,” the club wrote on Twitter. “After losing consciousness twice in the field, he is now conscious and will remain under observation, according to the concussion protocol.”

Ozornwafor, who is currently on loan at the Belgian club from Turkish giants Galatasaray, has struggled to break into Edward Still’s team and has only made seven appearances in what has been a disappointing loan spell so far.