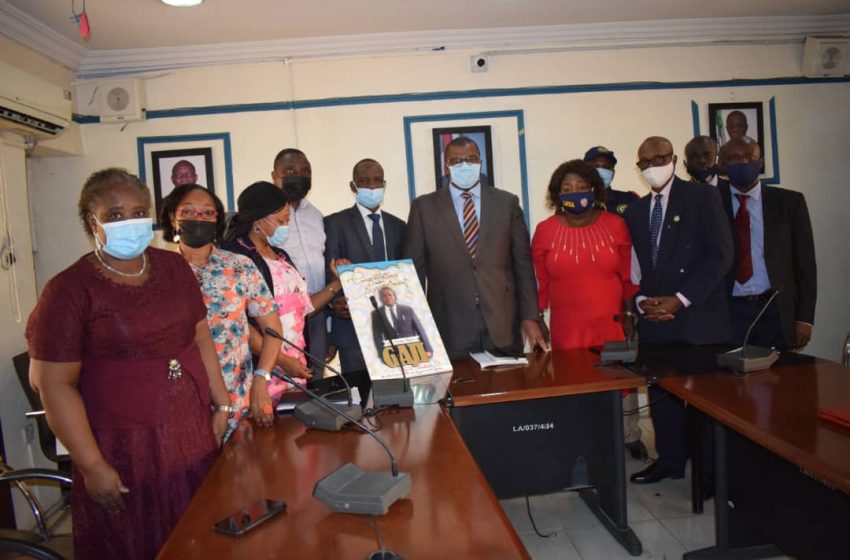 The new Permanent Secretary of Lagos State Ministry of Special Duties and Inter-Governmental Relations, Dr. Mobolaji Tajudeen Gaji, has advised the management and staff of the Lagos Neighbourhood Safety Agency (LNSA) to make diligence and professionalism in their watchword.

Gaji, who gave the advice on Monday during a courtesy call by the management of the Agency to his office at Alausa, Ikeja, said that officials. who relate directly with members of the public, must be polite and courteous in their interactions while carrying out their primary duties of complementing other security personnel in protecting the entire metropolis.

He challenged them to be deliberate in positively portraying the agency as a firm that is incorruptible and a friendly security outfit that leverages on good relationships and cordiality with members of the public in obtaining useful and first-hand information about intelligence gathering.

While promising to look into some grey areas that could be limiting the effective performance of LNSA, Gaji enjoined the management of the Agency to work with other sister agencies under the supervision and coordination of Ministry of Special Duties and Inter-Governmental Relations.

Earlier, the LNSA team led by the General Manager of the Agency, Mr. Adegboyega Bajulaiye, explained the expectations of the State Government to transform the agency from the defunct Neighbourhood Watch organisation to a full agency, rebranded to resolve security issues at the local government levels, with the recruitment of additional young and vibrant officers.

He maintained that the mandate of the Agency is to complement the efforts of other law enforcement agencies in the area of community policing, stating further that the Corps officers work with the community development associations in different local governments, gathering intelligence information that can be helpful to the State government in providing security.

The activities of the agency, according to the Chairman, align with the sixth pillar of the T.H.E.M.E.S. development agenda, which is Security and Governance

The LNSA boss appreciated the Permanent Secretary’s promise to look into some issues affecting the activities of the agency and its officials.