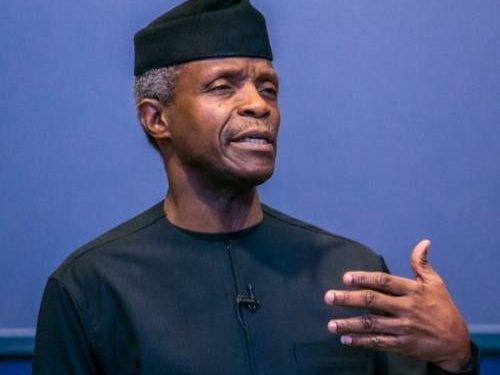 In a statement issued by Senior Special Assistant to the President on Media and Publicity, Office of the Vice President, M

. Laolu Akande, the Presidency said Osinbajo has no connection to the campaign nor to the group sponsoring it.

The Presidency described the campaign as a needless distraction, even as it declared that Osinbajo had not declared any intent to contest the 2023 presidential election.

“The attention of the Office of the Vice President has been drawn to a website: supportosinbajo.ng that is calling on Nigerians to join a volunteer group mobilising support for Prof. Yemi Osinbajo (SAN), ahead of the 2023 presidential election.

“Details of this website and the solicitation of the group are currently trending on WhatsApp with a suggestion that Prof. Osinbajo has “quietly” declared interest in the 2023 election.

“The Office of the Vice President is not in any way connected to this website or the group behind it and considers such an enterprise an unnecessary distraction.”