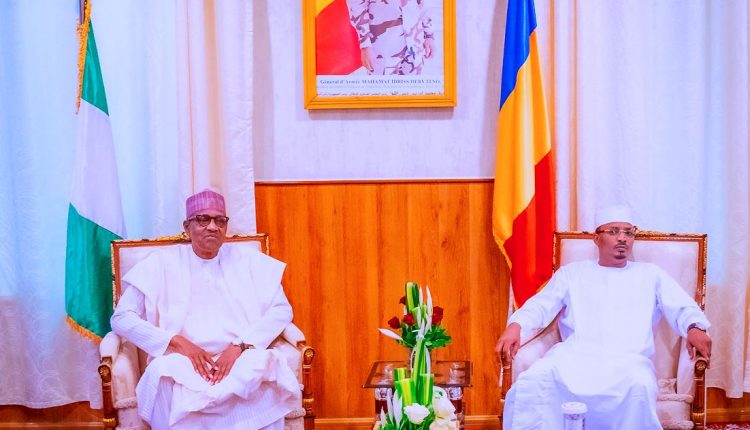 Nigeria’s President, Muhammadu Buhari, who is the current Chairman of the Lake Chad Basin Countries, LCBC, has advocated for sustainable democracy in the Republic of Chad 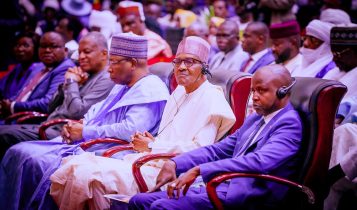 He joined in the celebrations of Chadians on the inauguration of their interim administration led by General Mahamat Idriss Deby Itno as the Head of the Transition Government and Head of State to oversee the formation of a democratic government.

At a bilateral meeting held by the two leaders, shortly before the inauguration ceremony, President Buhari congratulated the country’s leader on behalf of the LCBC for earning the trust of the majority of Chadians to head the transition process to full fruition.

The President equally congratulated the participants of the just-concluded Inclusive National Dialogue for the patriotism they demonstrated in reclaiming their country from the path of instability and repositioning it for sustainable governance and development. 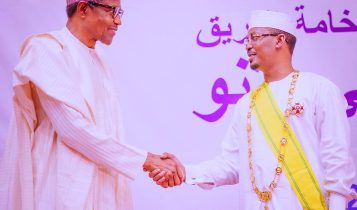 He expressed hope that the event would, “Hopefully bring to closure, the painful phase of the Chadian political history which led to the sad passage of one of Chad’s most illustrious sons, late Marshal Idriss Deby itno.”

President Buhari extolled the Chadian state’s responsible engagement within the sub-region and beyond, citing the country’s “Very active involvement in the collective activities for peace within the LCBC and MNJTF, the Sahel and in the reactivation of her relationship with Sudan,” which he said were exemplary.

The Nigerian leader expressed his hope and that of the LCBC, which he chairs, that“Today’s event will usher in another period of peace and stability within Chad and our sub-region in order to build on the gains of previous efforts.” 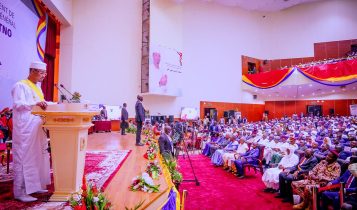 He, therefore, urged all stakeholders in the Chadian political process to work towards consolidating and re-establishing a resolute, resilient and sustainable democracy for the benefit of the good people of Chad.

At the ceremony, the Head of the Transition Government thanked President Buhari for the warmth and friendliness he had demonstrated towards the country and sub-region, especially in ensuring peace and stability.

Itno commended the Chairman of the LCBC for historic interventions in upholding the interest of the Chad Basin, and Africa, assuring that President Buhari’s leadership had been impactful. 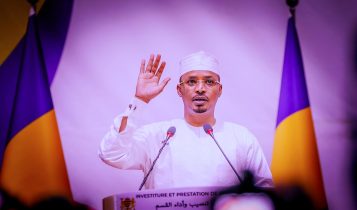 He promised to put in place a transition process that would reflect the will of the people while focusing on ameliorating poverty through the provision of quality education, better health facilities and sustainable infrastructure.

President Buhari had since returned to Abuja, Nigeria’s capital after the ceremony in N’Djamena.