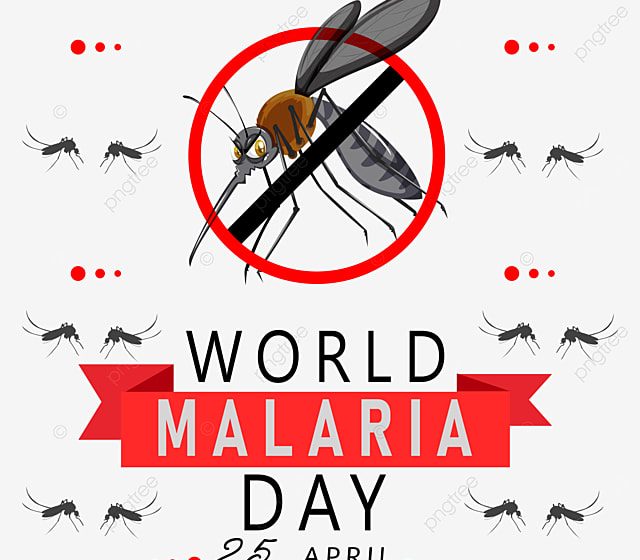 Every 25th April, World Malaria Day (WMD) is commemorated to create massive awareness on the global burden of malaria and to mobilize support for the Roll Back Malaria strategies. World Malaria Day presents opportunity for state and non-state stakeholders to renew commitment to malaria elimination.

The theme for 2021 World Malaria Day commemoration is “Zero Malaria – Draw the line against malaria’’ with the slogan; “Stand up–Take Action” is apt in view of the collective responsibilities of stakeholders at all levels; including community actors in reducing the scourge of malaria.

Malaria has plagued humanity since ancient times and continues to haunt nearly 50% of the world’s population. According to World Malaria Report 2020, there was an estimated 229 million cases of malaria globally in 2019 from 87 malaria endemic countries with Sub-Saharan Africa contributing 215 million representing 94% of global malaria cases. Sub-Saharan Africa accounts for 51% of malaria cases globally with 27% of prevalence cases in Nigeria. The prevalence rate in other countries are as follows:  Democratic Republic of the Congo (12%), Uganda (5%), Mozambique (4%) and Niger (3%).

In 2019, there was an estimated 409,000 deaths from malaria globally. 95% of these deaths occurred in 31 countries with disturbing statistics of 51% global fatalities distributed across Sub-Saharan Africa countries as follows: Nigeria (23%), Democratic Republic of Congo (11%), United Republic of Tanzania (5%), Mozambique (4%), Niger (4%) and Burkina Faso (4%).

In Lagos State, malaria accounts for more than 70% of outpatient in the public health facilities. More than 700,000 malaria cases are reported annually. 657,154 patients with malaria were seen in both private and public health facilities in 2020. Malaria is prevalent in the vulnerable groups – children under 5 years and pregnant women where the infection can be profoundly more severe.

The topography and ecological features of Lagos State; the vast coastal terrain, rapid urbanization and poor drainages are major predisposing factors that contribute to transmission of malaria all year round.

Over the years, the Government of Lagos State has demonstrated continued commitment to the control of malaria through:

There has been marked reduction in the cases of malaria globally (between 2010 and 2019 with decline from 71 to 57 cases per 1,000 population at risk). Nigeria has recorded decline in malaria cases (from 42% in 2010 to 27% in 2015 and 23% in 2018). The National Malaria Indicator Survey conducted in 2015, Lagos State Malaria Indicator Survey conducted in 2017 and National Demographic and Health Survey revealed that the prevalence of malaria is low in Lagos State. Although malaria prevalence is low in Lagos State, the burden is still high as over 700,000 persons are diagnosed with the disease annually.

It is therefore germane that we Stand up and Take Action against malaria. By taking actions, we would be curbing the spread of the disease. It is essential that we prevent malaria by sleeping inside Long–Lasting Insecticidal Nets (LLINs). This is particularly important for the vulnerable groups –pregnant women and children under 5 years old. Pregnant women are also encouraged to take Sulphadoxine Pyimethamine to prevent malaria in pregnancy from 2nd trimester.

Before using Artemisinin – based Combination Therapy (ACTs) for treatment of fever, diagnosis either using malaria Rapid Diagnostic Test (mRDT) kit or a microscope must be done. This is because not all fevers are caused by malaria. Diagnosis of patients with fever using microscopy or mRDT kit prior to treatment of the disease improves the overall management of patients with fever. This is also very important at this time as people infected with SARS–CoV–2 virus which causes COVID–19 manifest symptoms like malaria. The distinction between malaria and COVID–19 is made only after proper diagnosis using appropriate test kits.

Thus, testing for malaria is essential as it helps to reduce unnecessary use of antimalarial drugs thereby preventing the emergence and spread of drug resistance and to ensure that antimalarial drugs are reserved for those suffering from the disease. It is also imperative that all malaria cases diagnosed are recorded in the appropriate data tools to ensure that all cases of malaria in the State are duly reported.

Emphasis on collective action is also placed on environmental management which includes effective refuse disposal and waste management, covering of water storage containers, clearing of gutters, dredging of canals and channels among others. Unkempt and dirty environment serve as breeding sites for mosquitoes; hence proper maintenance and management of the environment would prevent mosquitoes from breeding.

I therefore wish to implore everyone to remain committed to collective efforts towards effective malaria control in Lagos State. Our individual and collective roles at ensuring clean environment as well as the use of preventive antimalaria measures as well as appropriate diagnosis prior to treatment cannot be overemphasized.

I wish to further reiterate that the War Against Malaria (WAM) is one that must be won. Lagos State Government is committed to the fight against malaria. We must therefore participate and support government at all levels in ensuring the success of the campaign against malaria. This can be achieved when we “Draw the line against malaria’’ and “Stand up to Take all necessary Action”.

Thank you and God bless you all.