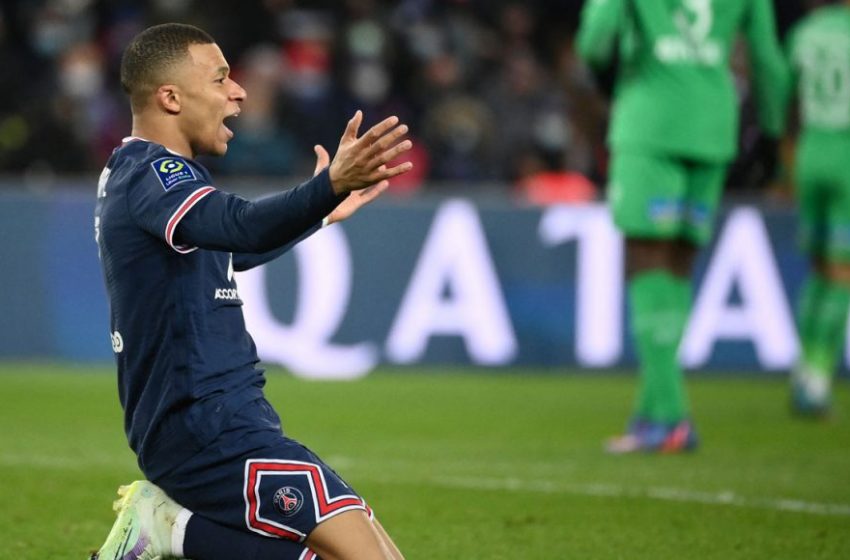 The France star has long been linked with a move to Madrid, who reportedly tabled an unsuccessful offer worth up to 180 million euros ($200 million) for Mbappe in August.

Despite the feted arrival of seven-time Ballon d’Or winner Lionel Messi, Mbappe has underlined his status as the key to PSG’s pursuit of European success.

His 24 goals this season easily outnumber those of the team’s second-leading scorer, Messi, on seven.

The 23-year-old equalled Zlatan Ibrahimovic’s tally of 156 goals in PSG colours in last weekend’s win over Saint-Etienne. Only Edinson Cavani has scored more goals for the club (200).

“As long as there’s no signature, we’re going to try everything. We’re going to do everything to keep him,” Leonardo told French sports daily L’Equipe.

The Brazilian denied claims from both Spanish and French media the club had offered Mbappe an annual salary of 50 million euros on top of a 100 million-euro “loyalty bonus”.

“It’s not true, we haven’t made a specific offer,” said Leonardo, who believes the financial aspect of any new deal is “secondary” in the eyes of Mbappe.

“The last thing we’ll put on the contract will be the amount.”

Mbappe said last month he had yet to make a decision over his future, and that he would not talk to Madrid while the two teams were facing each other in Europe.

His injury-time goal at the Parc des Princes gave PSG a 1-0 lead going into the return leg in Spain next Wednesday.

He will be well rested for the trip to the Bernabeu as he is ruled out of Saturday’s game at third-placed Nice through suspension.

Not only is that a boost to Nice’s push for Champions League football, but it could further highlight the void PSG would have to fill if Mbappe leaves once his contract expires in July.

The stuttering recent form of Marseille and Nice has allowed Rennes, Strasbourg and Lens to expand the race for a top-three finish.

After taking just a point from games against lowly Clermont and Troyes, Marseille on Sunday host a Monaco side wounded by their penalty shootout loss to Nantes in the French Cup semi-finals.

“What we see in training and in games gives us the idea that he is the man for the situation,” Aulas told L’Equipe.

Lyon go to Lorient on Friday desperate to bounce back from a controversial loss to Lille, after which the league’s head of refereeing admitted a disallowed late equaliser from Lucas Paqueta should have stood.