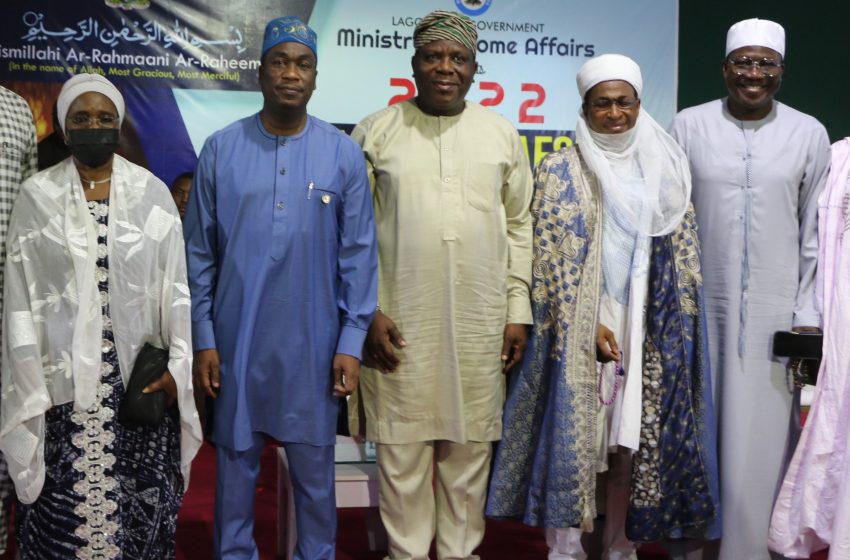 Lagos State Governor, Mr. Babajide Olusola Sanwo-Olu, has implored Muslims to use the Ramadan period to pray for the country so that peace can reign, as it is only in a peaceful atmosphere that the nation can witness development.

Sanwo-Olu, who was represented by his Deputy, Dr. Kadri Obafemi Hamzat, at the Annual State House Ramadan Tafsir for the year 2022, held at the Lagos House Alausa, urged Muslims to pray fervently against satan taking over the land as anti-social vices such as kidnapping, killing and many more are on the increase in the country.

He said, “I implore all Muslims to pray for this country so that we have peace. And that the spirit of Satan does not take over our land. With all these killings, kidnappings, banditry, and so on, we have to pray that Almighty Allah takes control of our country and brings back peace and happiness because without it nothing can happen. So, we have to pray for peace”

Speaking further Sanwo-Olu emphasised that in tackling the myriad of challenges facing the country, particularly insecurity, Nigerians need to seek intervention from all spheres and ensure that they do all things possible to restore peace and bring back the humanity Nigeria is known for.

Earlier in his welcome address, the Commissioner for Home Affairs, Prince Anofiu Olanrewaju Elegushi, said the present administration has kept the tradition of identifying with religion as a great partner in governance and enjoined all Muslim faithful to commit Lagos State and the Country at large into the hands of God as they pray throughout Ramadan.

He also urged all Muslims to avail themselves of the training and serenity that Ramadan affords to cleanse their hearts, enrich their souls with virtues, and dedicate themselves to the good of humanity and the development of the nation.

In his lecture titled “Building the society upon the principles and teaching of Ramadan, Professor Ahmed Adedeji of the Department of Pharmacology, Olabisi Onabanjo University, Ago-Iwoye, stated that the oneness and goodness to one another exhibited by Islamic faithful during the month of Ramadan should be harnessed for the development of the nation.

He further urged clerics to be more involved in governance, adding that religious leaders should support the government by picking areas of the T.H.E.M.E.S agenda and ensuring proper advocacy.

Also, in his lecture titled “And Spread Not Evil in the Land, Even As You Seek Your Sustenance”, the National Missioner of Ansar-Ud-Deen Society of Nigeria, Sheikh Abdur-Rahman Ahmad, noted that all positions in life are temporary and occupiers of such post should use it for the good of all.

He advised everyone to be good to one another, particularly in the position of authority, stressing that they should not oppress the citizens as God hates such attitude.