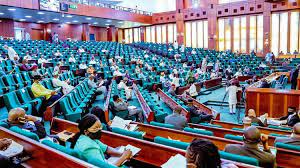 Jolted by the reports of incessant ritual killings across the country, the House of Representatives, yesterday, asked the Federal Government to declare national emergency on the social vice.

It also asked the Inspector-General of Police, IGP, Usman Baba Alkali, to take urgent steps to increase surveillance and intelligence gathering with a view to fishing out, arresting and prosecuting the perpetrators of the killings.

The parliament also called on the National Orientation Agency, NOA, parents, heads of schools, religious leaders and the media to undertake a campaign to change the negative narrative bedeviling the society.

The resolutions of the House came after it considered a motion, entitled: “Need to Curb the Rising Trend of Ritual Killings in Nigeria,” presented at plenary by the Deputy Minority Leader, Toby Okechukwu, under matters of urgent public importance.

Presenting the motion, Okechukwu noted that the incidents of ritual killings had assumed an alarming rate in Nigeria in recent times.