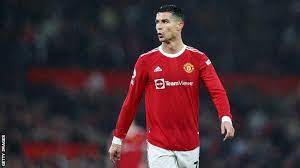 Ronaldo had made clear his intentions of wanting to leave the club to play Champions League football and compete for major titles, and this has gotten clubs interested in the Portuguese.

The 37-year-old forward believes United are not ambitious enough as seen in their signings and pursuit of titles.

The Red Devils will not play Champions League football next season having finished 6th.

According to Marca via CNN Portugal, Ronaldo would have received around 125 million dollars per year, but he has now turned down the offer and another from the MLS.

He is yet to join up with the rest of the team for pre-season due to ‘family issues’.

For the time being, Erik ten Hag is hoping to have discussions with Ronaldo to try to convince him to remain at the club.