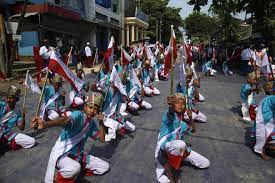 But recent skirmishes have raised concern that an informal ceasefire agreed in the long-troubled area in November last year is starting to break down, even as armed rebellion surges in other parts of the country.

While fighting was reported on multiple days in the second week of November, Arakan Army (AA) Spokesperson Khaing Thu Kha only admitted that the rebel group was involved in one two-hour clash on November 9, after the regime’s troops “intentionally” entered an AA-controlled area.

“There was a brief clash to defend the territory,” Khaing Thu Kha said, adding that the situation had calmed and that the military did not seem to want to continue its advance.

For its part, the military has denied any confrontation with the AA, saying it had instead fought with the Arakan Rohingya Salvation Army (ARSA), the same Rohingya armed group that attacked a police outpost in 2017, sparking a brutal counterinsurgency that sent more than 700,000 Rohingya civilians fleeing across the border to Bangladesh. The crackdown is now the subject of an international genocide case.

“It did not happen with the AA,” military spokesman General Zaw Min Tun told Radio Free Asia on November 10. On November 15, ARSA issued a statement that it had been involved in fighting with the military on November 7, 9, and 11.

The AA is a more formidable adversary than ARSA, having fought the Myanmar military to a stalemate after two years of brutal conflict, described by many as the country’s fiercest civil war in decades.