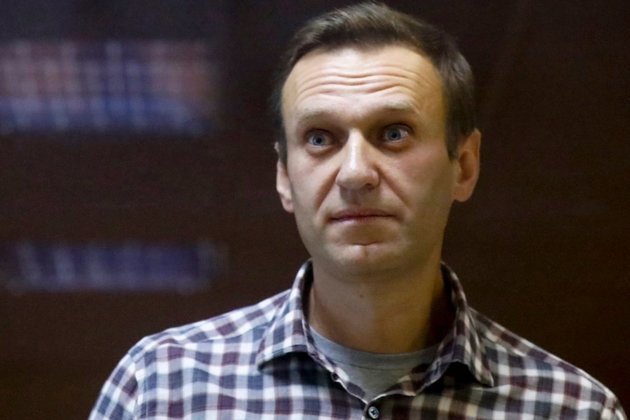 A Russian court has outlawed the organisations founded by Alexey Navalny by labelling them “extremist”, a move criticised by the opposition leader’s supporters as part of a campaign to muzzle President Vladimir Putin’s opponents months before parliamentary elections.

The label also means that activists who have worked with the organisations, anyone who donated to them, and even those who simply shared the groups’ materials could be prosecuted and receive lengthy prison terms.

“It was found that these organisations not only disseminated information that incited hatred and enmity against government officials, but also committed extremist actions,” Alexei Zhafyarov, a spokesman for the prosecutors who had filed the motion, said outside the court.

Navalny, Putin’s most prominent rival, was arrested in January upon returning from Germany, where he spent five months recovering from a nerve agent poisoning that he blames on the Kremlin – an accusation that Russian officials reject.

In February, the 44-year-old opposition leader was given a prison term of two and a half years for violating the terms of a suspended sentence from a 2014 embezzlement conviction that he dismissed as politically motivated.

Al Jazeera’s Bernard Smith, reporting from Moscow, said the court delivered its ruling after a “mammoth” session that went on for nearly 13 hours and stretched into Wednesday evening.

He said the decision “effectively” dealt “the final blow for Navalny’s political organisation that he spent years building up to try and counter Putin”.

In recent years, the FBK has pressured the Kremlin by publishing investigations into high-level corruption among the political elite. Such probes have in turn spurredmassive street demonstrations.

Smith said Putin “remains popular” in the run-up to the September 19 elections, but there were concerns his United Russia party would lose seats.

“This is another attempt to head off any threat to them and cut off vocal opposition”, he said of the ruling, noting that those effectively leading the opposition to Putin were now either in jail, in exile or facing charges.

“So in every turn, people who previously have been able to speak out in Russia against Putin and the ruling party have been silenced.”

US State Department Spokesperson Ned Price condemned the move on Wednesday, saying it “further restricts the ability of opposition candidates to appear on the ballot in the September Duma elections”.

The court session was held behind closed doors on the grounds that classified materials would be discussed. The judge rejected a defence appeal to allow Navalny to take part via a video link from prison and dismissed other motions by the defence.

According to the prosecutor, pro-Navalny groups were plotting to destabilise the political situation in Russia and working to promote a popular revolution.

Yevgeny Smirnov, one of Navalny’s lawyers, said during the hearing that the prosecutors’ motion was intended to bar Navalny’s associates from running for public office.

“This case has been linked to the law that bans all those who are connected with the Foundation for Fighting Corruption from getting elected,” Smirnov said.

Navalny’s offices in dozens of Russian regions already shut down in April after the prosecutors issued an injunction to suspend their activities pending the court’s ruling, but the opposition leader’s associates have pledged to continue their work in different formats.

His foundation, started 10 years ago, has relentlessly targeted senior government officials with colourful and widely watched videos that detail corruption allegations against them.

One of its latest productions, which has received 117 million views on YouTube, claimed that a lavish palace on the shores of the Black Sea was built for Putin through an elaborate corruption scheme. The Kremlin has denied any links to Putin.

Navalny also has relied on his offices across Russia to organise anti-Kremlin protests and implement his Smart Voting strategy — a project to support the candidates most likely to defeat those from the Kremlin’s dominant United Russia party in various elections.