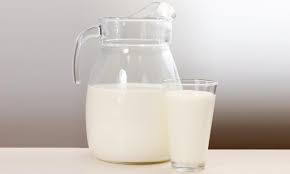 As a follow up to its investigations on the sale and distribution of contaminated milk by a middle-aged man in Ojuelegba, the Lagos State Consumer Protection Agency, LASCOPA, has ordered the arrest of the Activation Sales Representative of the suspected organisation, as well as the closure of a distribution warehouse located at Wilmer Street, Isheri-Ojodu area.

Narrating the incident, the General Manager of LASCOPA, Afolabi Solebo (Esq.), who led an enforcement team to the distribution warehouse, recalled that the video of a middle-aged man caught selling hazardous and contaminated milk to unsuspecting members of the public at Ibidun Street, Ojuelegba, surfaced online on Good Friday.

According to Solebo, the man disclosed during an earlier interrogation by men of the Nigeria Police Force, Area C Police Station, Surulere, that the products were collected from the warehouse at Wilmer Street in Isheri, Berger.

Solebo said the enforcement exercise and closure of the warehouse were meant to ensure that further sales of the hazardous and contaminated milk are stopped and withdrawn from circulation in order to protect residents from consuming milk that is harmful to their health.

While reiterating that the State Government has zero tolerance for the sales of hazardous and expired products, Solebo informed that the warehouse personnel distributing the unwholesome products to retailers flouted safety regulations of the food and beverage sector.

His words: “We, on our own part, will carry out a forensic investigation, through the Standards Organisation of Nigeria, SON, to confirm the actual state of those products, because mere opening the product, we discovered that they smell.

“I will want to warn the members of the public to ensure that they check whatever they are buying, check the product information such as the manufacture and expiry dates and all other relevant information about the product”.

The General Manager gave an assurance that the State Government will not leave any stone unturned irrespective of whose ox is gored, just as LASCOPA will continue to promote consumers’ rights and ensure that Lagosians are protected at all times.

Solebo also called on members of the public to support the Agency in ridding Lagos of illegal activities by reporting traders or persons who sell fake, expired, and substandard products.

Meanwhile, LASCOPA had said that the warehouse located at Wilmer Street, Isheri Berger will remain closed until it gets the court order to seal up the premises according to the Agency’s law.