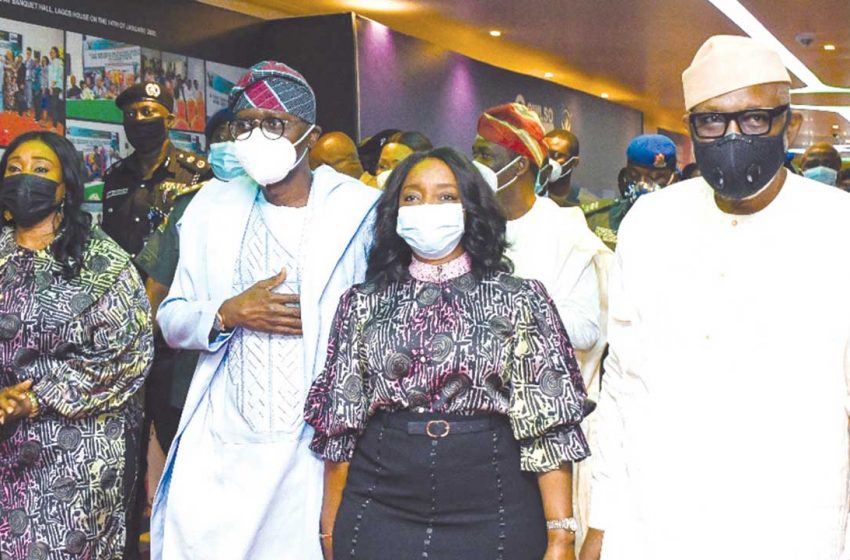 The duo spoke, yesterday, at the 2021 Conference of the Committee of Wives of Lagos State Officials (COWLSO), held at the Eko Hotel and Suites, Victoria Island, Lagos with the theme, “Awake.”

Akeredolu, who was the Special Guest of Honour at the event, lamented that men, though given the chance, had not led the country properly.

He charged women in the country to embrace politics beyond the jamboree associated with their presence, which is usually singing and dancing at political functions.

He said the history of Nigeria would not be complete without the role of women who had contributed to the progress of the country.

He said: “The history of Nigeria is replete with heroic deeds of women. We have had women who had contributed to the progress of this country. We must continue to appreciate them. There is no reasonable society that can push women to the back seat and expect to make progress. If the country must move forward, women must lead us to progress.”

He also implored wives of political office holders to avoid using their conduct to tarnish the integrity of their husbands, but rather should influence them positively in government policies.

The wife of the President, Aishat Buhari, who was represented by Senior Special Assistant on Administration and Women Affairs to the President, Dr. Rukayyat Gurin, in her message, urged women to use their roles for the greater benefits of the society. She also urged men to support their wives.

Sanwo-Olu, who emphasised the importance of women in the society, especially in a home, urged them to be at alert to their responsibilities, and not allow themselves to be pushed to the background.

In her opening speech, Chairman of COWLSO and First Lady of Lagos State, Dr. Ibijoke Sanwo-Olu, urged women to stand and contribute positively to the society.

IN another development, Sanwo-Olu has approved the appointment of Mr. Olajide Isiaka Lawal as the General Manager of Radio Lagos/Eko FM with immediate effect.

The appointment was consequent upon the statutory retirement of the erstwhile General Manager of the agency, Mrs. Ayo Shotonwa, on October 8, 2021.