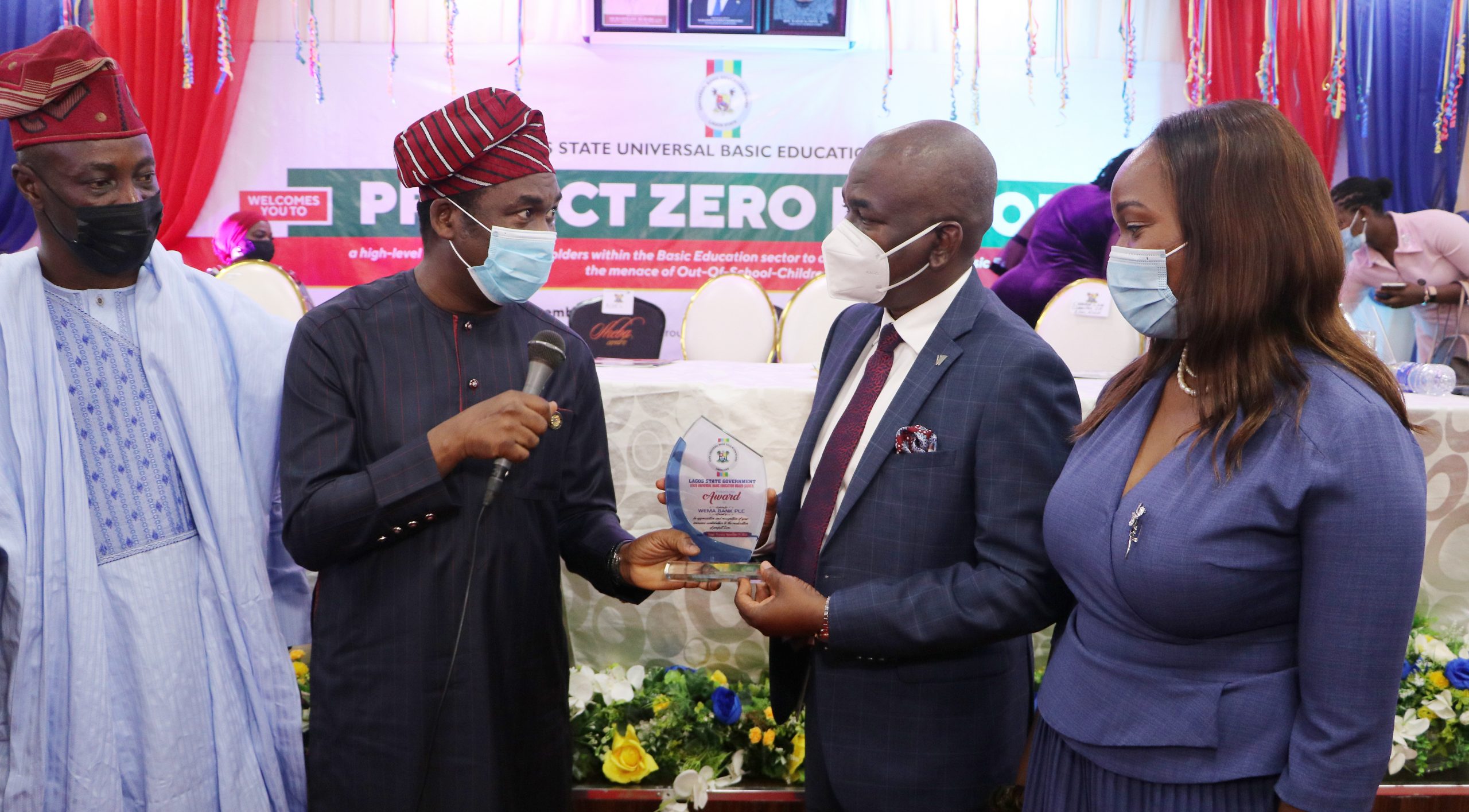 Lagos State Governor, Mr. Babajide Olusola Sanwo-Olu, on Thursday, expressed hope that the cases of out-of-school children would soon be a thing of the past as private organisations have collaborated with the government under an initiative tagged “Project Zero” to provide succour to school children and increase accessibility to basic education in the State.

Project Zero, which is a collaborative effort between the State Government, through the State Universal Basic Education Board (SUBEB) and organised private sector, will provide a school bag with School Uniform, Sandals, a pair of socks, writing materials and exercise books for school pupils to encourage and stimulate their interest in learning.

Speaking at the launch of the initiative held within the premises of the State Universal Basic Education Board Office at Maryland, Governor Sanwo-Olu, represented by his Deputy, Dr. Kadri Obafemi Hamzat decried the rate of out of school pupils across the country.

He maintained that the outbreak of COVID-19 and its attendant effects had further discouraged learning among pupils coupled with economic effect of the pandemic on the parents, saying that “With the assured support of our partners, Project Zero will bring pupils on the brink of dropout back to school. Our activities shall commence with the tracking and identification of children who have dropped out or with a high risk of dropping out of school”.

The Governor commended the initiative by the organised private sector coming together to partner with the State Government to uplift the standard of education in the State.

He said, “I also appreciate you for the confidence you have reposed in us as government, to achieve our dream of an all-inclusive quality basic education. I must admit that your far-reaching donations and services will in no little way bring excitement and fulfillment to lives of many children who otherwise might have been deprived of basic education owing to varying reasons and circumstances beyond their control”.

In her remarks, the Commissioner for Education, Mrs. Folashade Adefisayo thanked Governor Babajide Olusola Sanwo-Olu for willing to give substantial resources of the State to education and for his commitment to the delivery of quality education, particularly for investing in the EKOEXCEL.

The Commissioner berated the failure of our social system, which has led to the menace of hoodlums in our society, and called on all to join hands with the government to tackle the out-of-school children menace in Lagos, adding that every child deserves access to quality learning.

Recalling the positive impact of the Eko Excel initiative of the government, she stated that one of the objectives of Eko Excel initatives, which is to ensure that every child should be able to read from Primary One, was a huge success.

The Chairman, Lagos State House of Assembly Committee on Education, Mr. Yinka Ogundimu, acknowledged the need for initiatives like Project Zero, noting that there is a need for more similar partnership as the government cannot do it alone.

He bemoaned the rate of decadence in the society, stressing that the situation is not irredeemable if necessary efforts and policies are implemented, revealing that the Assembly and the Executive arm of government have already set machinery in motion to guarantee quality education as evidence in the proposed 2021 Budget.

The Executive Chairman of Lagos State Universal Basic Education Board, LASUBEB, Mr. Wahab Alawiye-King extolled the passion of the Governor for the sector and the priority accorded quality education, maintaining that quality education is not only the best gift every child should have but it has now become the right of every child that is backed by law.

Alawiye-King disclosed that children of school age now have no reason to stay at home with the support already being shown by different stakeholders within the education sector to encourage learning.

He assured all education stakeholders that every contribution realised for the project will be used for the purpose of ensuring that every child of school age has no reason to be away from school.