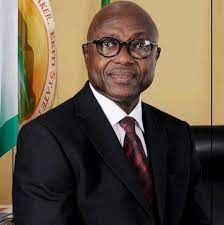 Afuye died at the age of 66 on Wednesday at an undisclosed hospital, where he was rushed, following a brief illness.

Governor Sanwo-Olu, in a statement issued by his Chief Press Secretary, Mr. Gboyega Akosile, on Thursday, described Afuye, who represented Ikere Constituency 1 at the Ekiti State House of Assembly, as one of the illustrious sons of the State who contributed immensely to the growth and development of Ekiti State during his lifetime.

The Governor described the deceased as a principled politician, progressive, loyal, trustworthy and committed member of the ruling party in Ekiti State.

He said the lawyer and human rights activist turned politician spent his life in the service of humanity, Ekiti State and Nigeria, especially as a Commissioner for Information, lawmaker and later Speaker of the Ekiti State House of Assembly.

Governor Sanwo-Olu also commiserated with his Ekiti State counterpart, Mr. Biodun Oyebanji, former Governor of the State, Dr. Kayode Fayemi and the entire members of the Ekiti State House of Assembly on the death of the Speaker.

He urged Governor Oyebanji, the deceased family, friends, and the entire people of Ekiti State to preserve the legacy of the deceased by immortalising the good name and the struggle of the late Speaker for Ekiti.

“On behalf of the people and government of Lagos State, I sympathise with Ekiti State Governor, Mr. Biodun Oyebanji and the entire people of the State on the demise of the Speaker of the Ekiti State House of Assembly, Rt. Hon. Funminiyi Afuye.

“Rt. Hon. Afuye was a committed public officer who served Ekiti State passionately and selflessly in different capacities. He did his best for Ekiti as a member of the executive and legislative arms of government. He was also a committed member of our great party, APC till his death.

”I pray that God would grant the soul of our beloved Rt. Hon. Funminiyi Afuye eternal rest and comfort the immediate and political families and the people of Ekiti State he left behind,” Governor Sanwo-Olu stated.