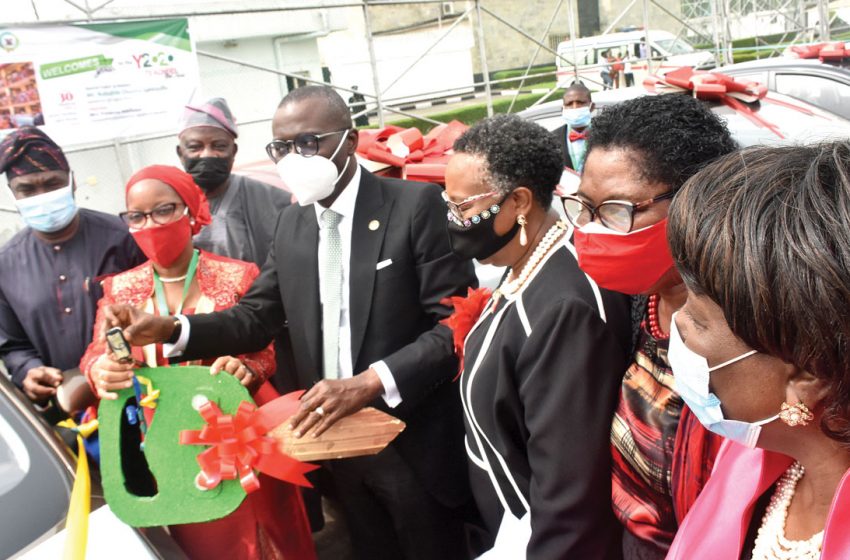 Gives cars to 12 teachers, says no reward is enough for them
• I cannot drive, not thinking of buying a car, says beneficiary
• Lagos to audit forest estates to mitigate effect of climate change

Lagos State Governor Babajide Sanwo-Olu has said that no reward is enough for all that teachers are doing, considering the passion they bring to the job by inculcating in children the values they require to succeed; and also going the extra mile to teach, train and equip students to excel as global citizens.

Sanwo-Olu, who spoke at the 2021 Teachers’ Merit Award where 12 teachers got brand new cars for their outstanding contributions, said his administration would continue to prioritise investment in education by improving the capacity, competence and welfare of teachers, bridging the teacher-pupil ratio in schools, making the education sector more ICT-compliant, exposing teachers to international best practices, as well as ensuring that Lagos public schools are conducive for teaching and learning with quality and modern infrastructure.

He added that the administration was cognisant of the essential roles teachers play in building a formidable society, which is why he and his team are committed to rewarding exceptional teachers on a regular basis.

The governor said the Teachers Merit Award was not only an avenue to reward teachers’ exceptional efforts but also a genuine way of promoting merit and encouraging the spirit of healthy competition among the teachers in Lagos State.

Meanwhile, one of the lucky 12 teachers, who got a brand new car, Mr. Tolulope Odusanya, thanked the governor profusely for the gift, saying that he cannot drive and was not thinking of buying a car when the car gift came.

In another development, the Lagos State government said it had concluded plans to audit forests’ estates in the state to mitigate the effects of climate change as well as secure them against intruders who may be using the forests as cover to perpetrate nefarious and criminal activities.

The state’s Commissioner for Agriculture, Abisola Olusanya, disclosed this in Lagos at a press conference to commemorate the 2021 International Day of Forests. said that the audit would also enable the state government ascertain what was left of its forests and biological biodiversity.

Olusanya noted that climate change as a global threat was worsening water stress, food vulnerability, desertification, increased global temperature as well as putting thousands of communities at risk hence it has to be factored into forest-food-water equation.

She pointed out that the state government intends to take advantage of the Forest Development Law, which provides for Forestry Trust Fund and Private Participation, to fund forestry projects and programmes through public-private partnership and also approach the Federal Government to access the Ecological Fund to tackle some of these damages to the ecosystem.