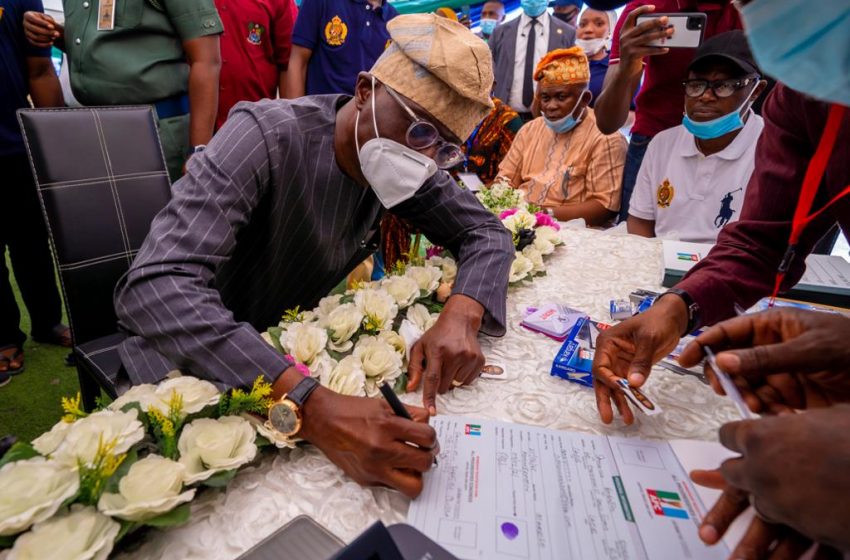 He did the revalidation and registration exercise at his ward (Ward E3) also known as “Premier Ward” at St. Stephen School Compound, Adeniji Adele at Okepopo area in Lagos Island on Tuesday.

He said the revalidation of previous APC followers and registration of new members was to ensure that the party had an effective register that would boost the party’s status globally.

Sanwo-Olu said the revalidation confirmed his status as the Governor of Lagos State under the APC platform. He therefore urged Lagos residents to join APC by coming out to register as members.

Governor Sanwo-Olu, who commended the leadership of APC for making the registration and revalidation of members a seamless exercise, called on members of the ruling party, especially in Lagos State to revalidate their membership by visiting their various units and wards for the same purpose.

He said: “I feel honoured that I can do this simple but very symbolic exercise. I want to commend and thank the State Registration and Revalidation Committee. I thank you for your leadership. You started over one week ago going round the state and we have seen the effort.

“My message for all of us is to go out to our relevant polling units, wards and local governments and do our registration and revalidation exercise that we have started today. For the next two weeks, please let us come out enmasse and register for our great party, the All Progressives Congress (APC).”

The APC is conducting a nationwide membership registration exercise between February 9 and 25.