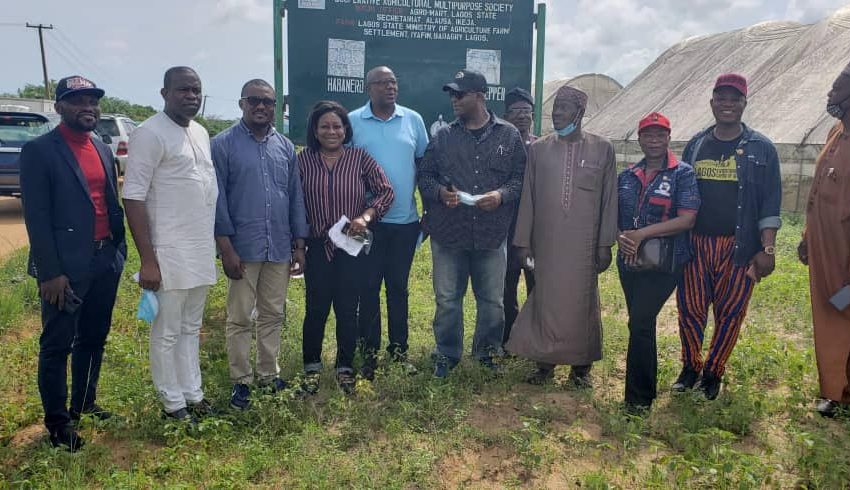 Lagos State Governor, Mr. Babajide Sanwo-Olu, has requested that the State Government should be allowed to draw from the Natural Resources Development Fund for the growth of Tourism, Agriculture, and Solid Minerals Development in the State.

Governor Sanwo-Olu made the request while receiving members of the Fiscal Efficiency and Budget Committee of the Revenue Mobilisation and Fiscal Commission (RMAFC), who were on a verification exercise of the projects executed by the Lagos State Government.

The Governor explained to the Committee, led by its Chairman, Adamu Shettima Dibal, that the uncontrollable population growth of the State was due to its status as the economic nerve center of the entire Sub-Saharan Africa, which has put pressure on its infrastructure.

He noted that the State Government requires assistance for the funding of its strategic development projects that will create jobs and improve the standard of living of residents.

“How can we serve our people, what opportunities abound for us, where can we source support and resources that can be utilized to better the lots of our people, since, Lagos has continued to remain the melting point of our country. It has continued to remain a State where everybody, every ethnic-national has one or two imprints, resides and source for a means of livelihood”, Sanwo-Olu said.

Promising that his administration will continue to work hard to provide for the infrastructural needs of the people living in the State, irrespective of their State of origin, language, tribal grouping or religion, Sanwo-Olu appealed to the members of the Committee to be very fair and objective when writing their reports on project sites that require urgent Federal government interventions for sustainable development.

Earlier in his introductory remarks, the Chairman of the Committee, Adamu Dibal, stated that the team was in Lagos to verify the claims submitted to the RMAFC by Lagos State Government on priority projects listed for execution if the State gets the Federal Government’s financial support.

While conducting the team round some of the projects listed for execution by the State Government, the Commissioner for Finance, Dr. Rabiu Olowo, stated that most of the projects have huge socio-economic impacts in terms of employment generation, capacity building, entrepreneurship and vocational training.