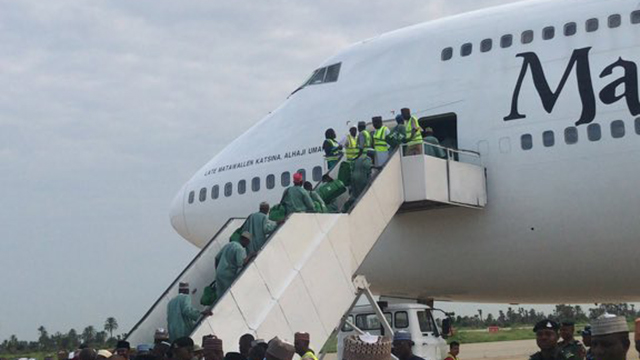 The General Authority for Civil Aviation (GACA) in Saudi Arabia has extended landing permits of Nigerian Hajj carriers from July 4 to July 6.

The National Hajj Commission of Nigeria (NAHCON), Assistant Director, Public Affairs Division, Mrs Fatima Usara, made this known in a statement on Monday in Abuja.

She explained that the extension was necessitated by excessive flight cancellations and flight delays.

She said from June 10 to June 13, nine flights were cancelled.

This, according to her, was due to reasons ranging from inability to of some States pilgrims boards to secure Basic Travel Allowance (BTA) for pilgrims, insufficient funds for Visas and unavailable PCR test results.

She revealed that a total of 13 flights were cancelled with another 57 delayed take-offs, seven of which are in two digits, with the highest being 24 hours’ delay.

“It followed by 23 hours delay, 22 hours and lowest in this category are twice 10-hour delays. Only 13 flights left on schedule out of the 65 outbound flights so far witnessed from the country.”

“From Monday, July 4, the extension will commence to July 6 for one of the airlines whereas July 4 and 5 have been approved for the another airline.