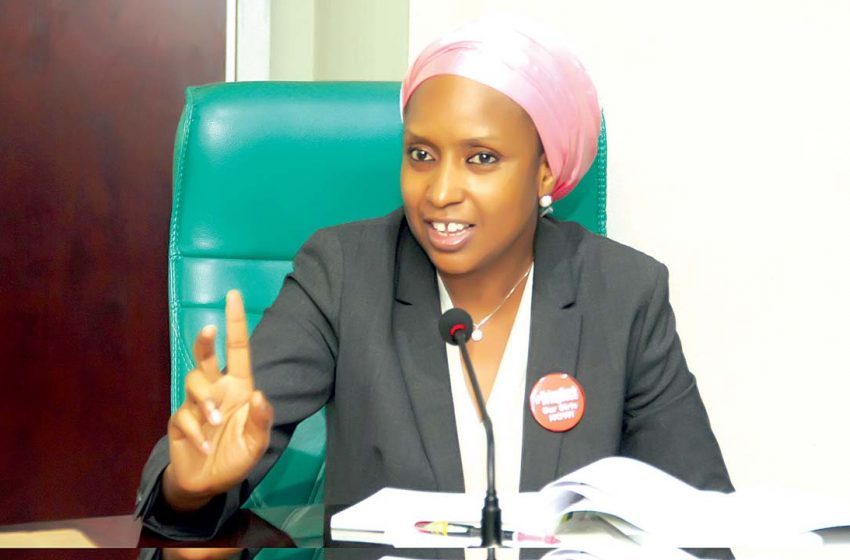 The Senate on Thursday, gave the Managing Director, Nigerian Ports Authority (NPA), Hadiza Usman, four days to explain the whereabouts of over 282 vessels allegedly missing from the sea ports.
Sen. Hope Uzodinma, Chairman, Senate’s Joint Committee on Customs, Excise and Tariff and Marine Transport, gave the ultimatum in Abuja, at an investigative hearing on N30 trillion lost through leakages in Customs and other agencies.

Uzodinma, who expressed displeasure with the managing director for not honouring the committee’s two previous invitations, said the information on the vessels was imperative and must be available within four days.

He threatened that the senate may be compelled to pursue a financial crime case against Usman should he fail to heed the committee’s directive.“We are looking for these vessels. We have the date of arrival, the ports of discharge and manifest.

“Everything is with us but in information available to us, no money was collected by Customs, the NPA or any other person.

“So you have four days to do your written explanation otherwise, we will consider it a financial crime,’’ he said.

According to Uzodinma, there are also recent missing vessels that we have discovered.

“I mean recent ones that happened under the new management.

“The NPA is the custodian of the vessels; it received the cargoes and the terminal is theirs.

“We want to know under whose authority the cargoes were released, “he said.

The lawmaker said that the committee had also uncovered the activities of a port cabal that had defrauded the nation to the tune of over N30 trillion.

“It is common knowledge that infractions abound in daily transactions at the nation’s ports, commercial banks, shipping companies, terminal owners and operators.
“They connive at ease with officials to defraud the nation of trillions of Naira.

“Preliminary evidence before us suggests that this is the case in all sea ports,’’ he said.

He expressed concern that the leakages and infractions were costing the country huge revenue losses, while also constituting security threat.

The lawmaker, however, expressed optimism that the Senate was determined to tackle the assault on the economy.

He said that in doing so, the committee would be minded by the reality that those who wanted to bleed the nation to death without remorse must be dealt with without reprieve.

“Consequently, all those indicted in this crime will be made to face the full wrath of the law.

“The nature and methodologies of these infractions include abuse of Form M and violation of foreign exchange manual issued by the Central Bank of Nigeria (CBN), incorrect classification, under-valuation and incorrect declaration.

“Others are incorrect origin, error in calculation, temporary importation, exemptions and waivers, foreign exchange manipulations, unit cost analysis on excise, smuggling and illegal removal of cargo from terminals and lack of exit certificate by vessels.

“We shall zero our search light into these areas of infraction and we are certain that our suspicions shall be confirmed.