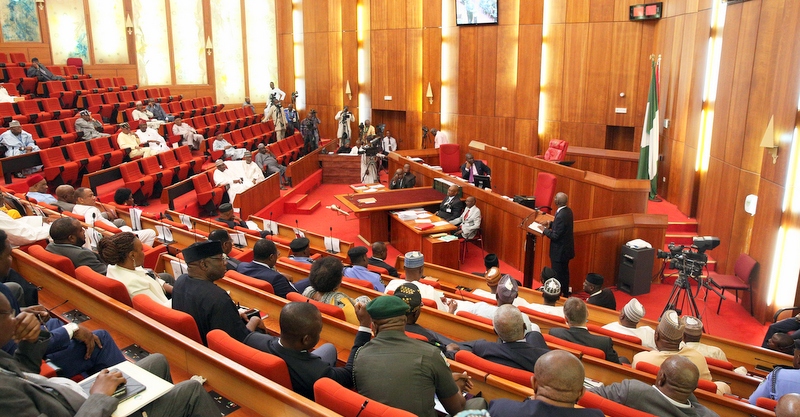 The Senate will on Thursday debate the report of its joint committees on Petroleum (Upstream, Downstream and Gas) on the Petroleum Industry Bill.

Senate President Ahmad Lawan disclosed this on Tuesday after the chairman of the panel, Senator Mohammed Sabo (Jigawa South West) submitted the committees’ report.
Lawan said, “We will be considering the report on Thursday. We have today, tomorrow and Thursday to look at the report so that when we consider the report, we will be doing so on the basis of what we have been able to read from this very important report.”

The Senate President urged the Joint Committee to provide lawmakers with copies of the bill ahead of its consideration to enable them to study its content.

“Let me use the opportunity to thank our Joint Committee for working so hard, selflessly and patriotically to produce the report on the Petroleum Industry Bill.

“This report, a copy each, must be made available to each and every Senator today, this afternoon.

“I don’t know how the Committee would arrange it, but every Senator must have a copy today.

“And we would be considering the report on Thursday.

“So, we have today, tomorrow until the beginning of Thursday to look at the report so that when we consider it, we will be doing so on the basis of what we have been able to read from this very important report,” Lawan said.

The confirmation followed the presentation of the report the Committee on Trade and Investment by the Chairman Sen.Fadahunsi Adenigba(PDP Osun) and consideration of same.

NAN reports that the bill is the first in a series of long-awaited petroleum industry laws designed to reform the Nigerian oil and gas industry.

The PIB, an omnibus law meant to regulate the entire sphere of the industry and repeal all current existing oil and gas legislation, had struggled to see the light of day ins spite of its introduction to the National Assembly over 16 years ago.

Subsequently, the National Assembly decided to break the PIB into a number of different pieces of legislation guiding specific aspects of the industry. (NAN)