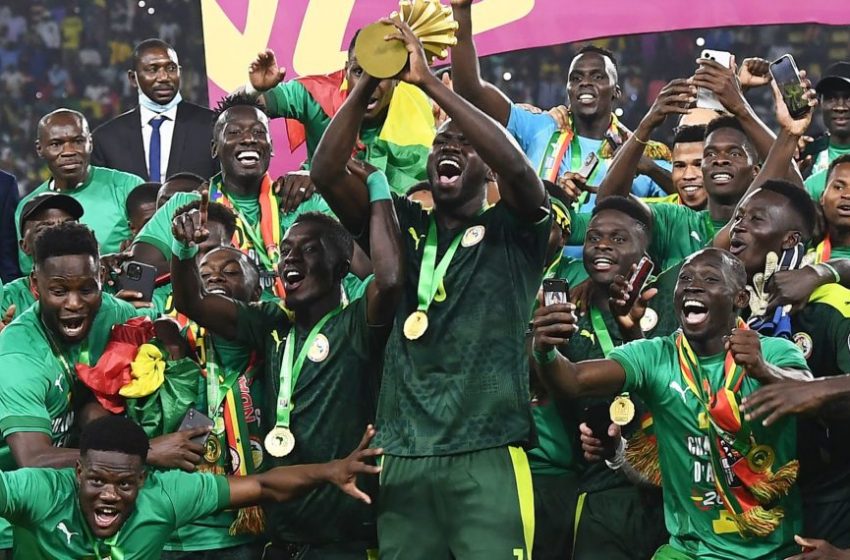 On Sunday night, Senegal emerged African champions by defeating Egypt in the African Cup of Nations final in Cameroon. Sadio Mane scored the decisive penalty kick to secure a 4-2 victory for Senegal after the match ended 0-0 after about two hours of football.

The victory ensures Senegal become African champions for the first time ever. Having made it all the way to the last AFCON final in 2019, losing to another Northern African opposition in Algeria, the Teranga Lions were desperate not to allow lighting to strike the second time.

Seeing Mane and his teammates starting on the front foot and creating the early chance was not surprising and barely four minutes into the game, the Lions won a penalty kick. Mane stood out to take the kick but it was saved by the Egyptian goalkeeper fondly referred to Gabasky.

Gabasky did not only save Mane’s spot kick but made several other saves to deny Senegal the chance of winning in the regulation period. But in the end, it was Mane who still made the difference for Sengal on Sunday night; scoring the decisive penalty kick that installed the Teranga Lions as newest winners of the Africa Cup of Nations.

Mane who had earlier lost a penalty kick in the first half stepped up for the final kick for his team and buried it in the net this time.