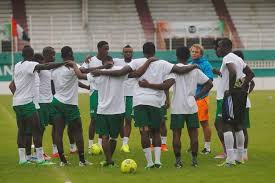 The Leone Stars will face the Eagles at the Samuel Ogbemudia Stadium in Benin, Edo State on Friday, November 13, before hosting the three time African Champions four days later in the reverse fixture at the Siaka Stevens Stadium in Freetown.

Keister’s side occupy fourth place in Group L with just one point from two games while the Eagles lead with six points from their opening two games.

A win in both games will virtually guarantee Nigeria a spot at the 33rd Africa Cup of Nations scheduled for Cameroon ahead of their away clash to Benin Republic in Porto Novo in June and home tie against Lesotho early September.