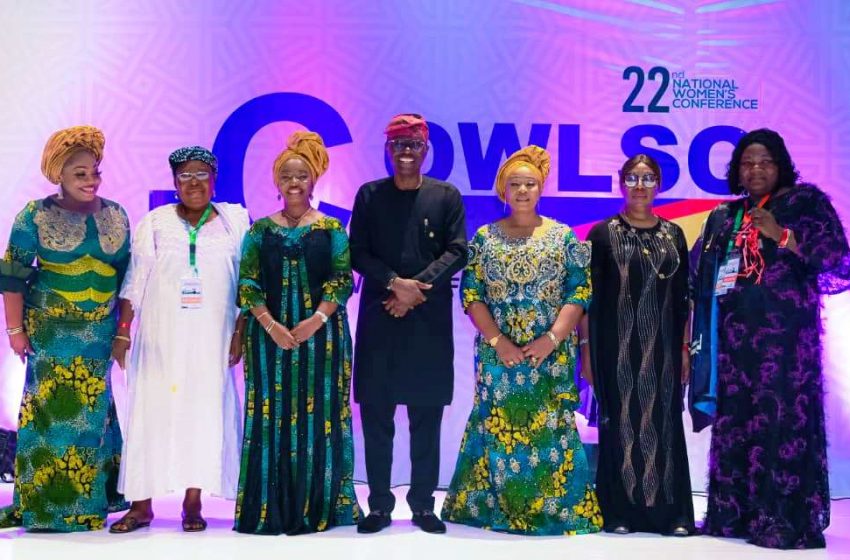 … Two Others Win a Two-Bedroom Flat, Return Ticket To Turkey

A Civil Servant with the Lagos Island Local Government, Mrs. Adebisi Ikusawe has won a brand new GAC Sport Utility Vehicle at the just-concluded National Women’s Conference of the Committee of Wives of Lagos State Officials (COWLSO), six months after she was involved in an accident that completely damaged her car beyond repairs.

In line with the tradition of COWLSO during the annual conference, three lucky participants usually win star prizes, while several others will go home with various prizes including deep freezers, flat-screen televisions, water dispensers, washing machines, microwave ovens, blenders and toasters, among others.

Speaking at the closing ceremony of the conference, Lagos State First Lady and Chairman of COWLSO, Dr. Ibijoke Sanwo-Olu said the story of Ikusawe was one that elicited a deep emotional reaction, having won the first-star prize of a brand new car a few months after surviving a serious car accident.

“If you hear this woman (Ikusawe’s) story, in April 2022, she was involved in a serious accident. The car was a right-off. But as fate would have it, at the Gala Night at this conference, she got a brand new car”, the First Lady said.

An elated Oyedele, who has been a politician since 1974, could not hide her excitement when her ticket number for the raffle draw was announced by the State Governor, Mr. Babajide Sanwo-Olu. Apparently, the owner of the first ticket number picked for the second-star prize had gone home as it was announced repeatedly without response, thus paving the way for a new ticket to be picked.

Reacting to her win, Oyedele said she was excited to win the star prize having tried for several years, saying “I’ve been involved in politics since 1974. I have also been attending this COWLSO Conference for years hoping and praying that I will win one day without begrudging previous winners. I thank God my time has come today,

She also commended COWLSO for the transparency with which the raffle draws were conducted.