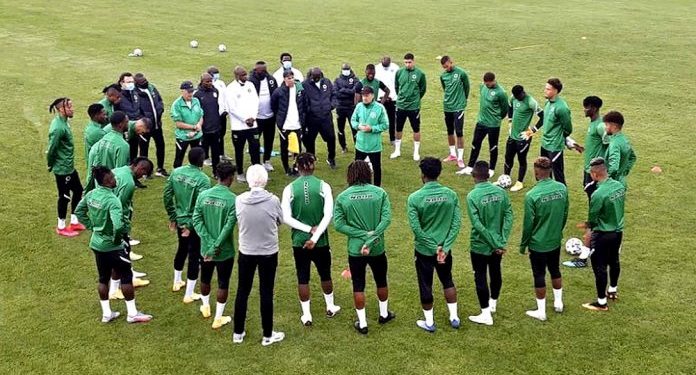 The Franco-German had released a 24-man list ahead of the match which is billed to hold on June 4 in Austria.

However, circumstances have taken a new turn as eight players have asked to be excused. They all cited injury concerns.

The number of defenders available has whittled down from nine to three as Ola Aina, Zaidu Sanusi, Tyronne Ebuehi, Semi Ajayi, and Valentine Ozornwafor all withdrew from the encounter.

Rohr confirmed the development in a chat with ESPN on Monday.

“We had nine defenders on the list. Six now are out,” he said.

“They said they had some injuries and the doctors from the clubs said they need to rest because they have some pains. So we got some medical attestations from the teams.

“Ola Aina told me yesterday that his ankle is painful and he cannot make it and the club physio said he cannot play. Then we have [Kevin] Akpoguma, who is already injured and cannot play.

“Victor Osimhen is injured. He sent us an attestation. The meniscus in his knee is painful.

“[Zaidu] Sanusi is injured. He was in Paris to see a doctor, for surgery perhaps but not for the moment. [Tyronne] Ebuehi sent us a message with a medical attestation that he cannot make it. And Semi Ajayi also says he has problems with his back and the Physio says he needs two weeks of rest.

“Simy Nwankwo also, they sent us an attestation from his club that he cannot make it because he is injured.

“I invited the player [Samson] Tijani from Salzburg who told me that he was injured in training yesterday… hamstring. And Frank Onyeka from Midtjylland, I called him but he cannot come either.”

The situation has put the clash in doubt as Nigeria has only 18 players available.

Rohr, however, assured the game will go on, provided the players flying in from England are allowed into Austria and not quarantined.