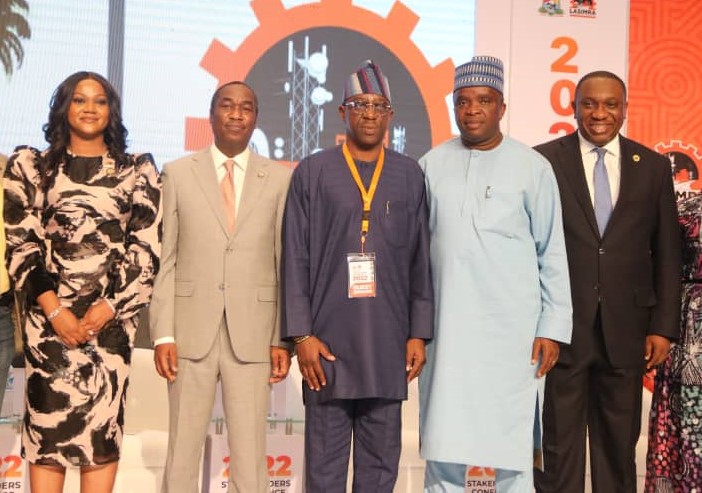 Lagos State Governor, Mr. Babajide Olusola Sanwo-Olu has stated his administration’s commitment to improving the provision of adequate infrastructure to fast-track the Smart City Project to optimise the limitless opportunity of a fully digitised economy.

Mr. Sanwo-Olu, who was represented by the Deputy Governor, Dr. Kadri Obafemi Hamzat, noted that the bedrock of a functional Smart City is adequate and functional infrastructure.

The Governor opined that: “The theme of the conference expresses our administration’s commitment to the smart city project through the deployment of cutting edge technology to bring about improved and effective governance as well as providing the necessary infrastructure to support the widespread application of technology to create opportunities and enhance socio-economic growth”.

He added that one of the key pillars of his administration’s agenda is making Lagos a 21st-century economy, noting that a requirement to achieve this goal is technology, especially the availability of efficient and reliable internet service.

Sanwo-Olu, therefore, stated that it is for this reason that his government placed a high premium on the 6000 fibre optic cable, aimed at improving access to functional, efficient and affordable internet service.

According to him, “A number of private initiatives are already springing up with huge investments that will deliver high speed and efficient internet service”.

To realise the Smart City dream, the Governor revealed that the State has recently re-launched its residents’ card, adding that the new residents’ card is an upgraded version of the former ordinary plastic to a smart card with embedded features for multipurpose uses in addition to identification purposes.

He added that in June last year, his administration created a seamless payment system for the multimodal transport system with the launch of Cowry Card, to ensure the digitisation of key government services, processes and procedures to improve efficiency, accountability and transparency.

The Governor, however, commended the management of LASIMRA for sustaining a cordial relationship between the State Government and the Nigerian Communications Commission (NCC). He stressed that the relationship and collaboration have been of great impact on the State, underscoring the need for good and harmonious cooperation between the Federal and State agencies.

Earlier in her welcome address, the General Manager, Lagos State Infrastructure Maintenance and Regulatory Agency (LASIMRA), Engr. Abisoye Coker-Odusote said that the State Government is committed to driving economic growth, improving the quality of life and keeping the State environmentally sustainable through the adoption of technology and data analytics.

She said: “The Sanwo-Olu led government is playing the role of coordinator and funder by bringing different interests and stakeholders together; providing funding for digital infrastructure and demonstrator projects, as well as a regulator through Lagos State Infrastructure Maintenance and Regulatory Agency”.

She added that the set of initiatives seen in some cities like Amsterdam, Barcelona, Dubai, Singapore and the likes, which are active in implementing Smart City strategies are the building blocks for Lagos State Smart City Project.

In his keynote address, the Executive Commissioner (Stakeholders’ Management), Nigerian Communications Commission (NCC), Mr. Adeleke Adewolu stated that the theme of the conference is very apt since the broadband infrastructure is the backbone of Smart Cities.

“It is inevitable that the NCC and LASIMRA must engage and collaborate, but sometimes in disagreement, as Lagos State is clearly the hub of telecoms and technology activities in Nigeria”, Adewolu stated.

The NCC Commissioner, however, urged the government at various levels to increase internet capacity in the country due to its huge infrastructure deficit, saying “for instance, we need over 120,000 additional kilometres of Fibre Optic Cables from the current figure of fewer than 60,000 kilometres and about 40,000 additional Base Transceiver Stations (BTS) to meet the NNBP targets by the year 2025”.