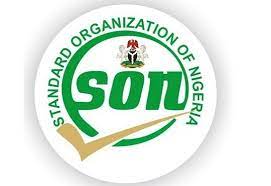 As the country prepares for the implementation of the African Continental Free Trade Area (AfCFTA), the Standards Organisation of Nigeria (SON) has stated that it successfully obtained over 150 orders for the destruction of fake and substandard products from courts across the country in the last four years.

The Director-General of SON, Farouk Salim, during the organisation’s capacity building workshop for journalists in Abuja, yesterday, noted that the Federal Government and private sector are well prepared to take advantage of the trade deal.

Salim said the Nigerian government signed the trade agreement early this year based on its overall preparedness.

‘’I can assure you that our cement, other processing, and manufacturing industries are prepared, especially the legitimate ones in comparison to other African countries’’, he stressed.

He explained that Nigeria is hopeful that the country’s manufacturing and processing industries may end up feeding the whole of Africa with their products under the AfCFTA.

On the issue of SON returning to the nation’s ports for operations, Salim said the organisation is already working to return to the ports.

He Stated: ‘’We are working on a quick return to the ports; it is not a priority for us. Over the last eleven months, we have been working outside the ports and doing well’’.