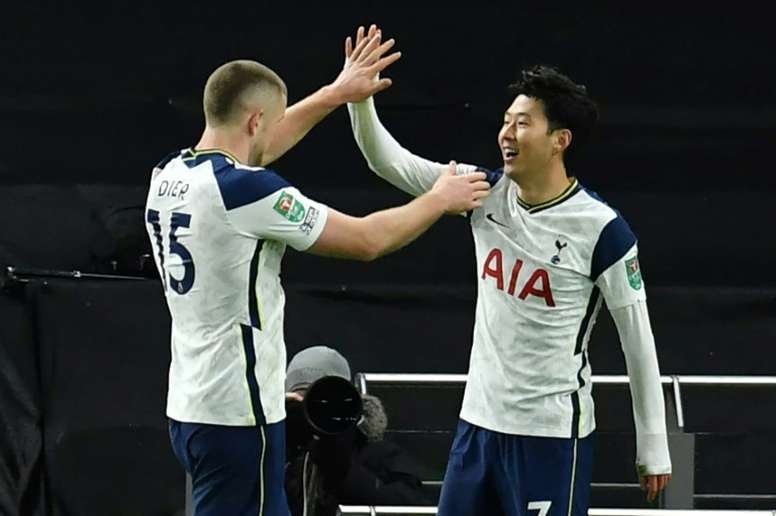 Moussa Sissoko put Mourinho’s team ahead in the semi-final at the Tottenham Hotspur Stadium.

But Tottenham were still searching for the knockout blow against spirited second tier Brentford until Son netted with 20 minutes remaining.

Tottenham will face Manchester United or holders Manchester City, who meet in the second semi-final on Wednesday, at Wembley on April 25.

It will be the club’s first domestic final since losing the 2015 League Cup showpiece against Chelsea, and their first final in any competition since the 2019 Champions League defeat against Liverpool in Madrid.

“The final is now in a pocket for three months, we have to wait for the final so we have to focus on what we have coming up,” Mourinho said.

“We have the FA Cup, the Premier League, the Europa league, so let’s forget the final for now. But when April arrives we have to be ready and to fight for the trophy.”

Mourinho, appointed in November 2019, is hoping to lead Tottenham to their first major trophy since the 2008 League Cup.

He has already won the competition four times, landing his first silverware in English football in 2005 with Chelsea, where he won it twice more before a further success at Manchester United in 2017.

“This is a game that takes us to a final. Of course we are very, very happy with this,” Mourinho said.

“We didn’t play brilliantly, sometimes wrong decisions, sometimes one more touch, not with that soft control that allows you to play fast but the game is always under control against a team that will probably be in the Premier League next year.”