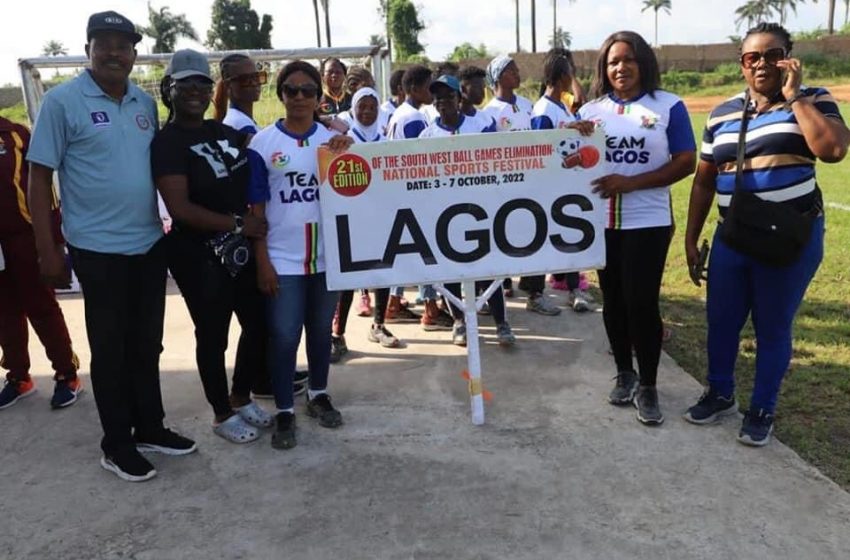 Director of Sports Development, Lagos State Sports Commission, Moses Kolawole has assured that Team Lagos athletes will made the state proud at the of the South West Zonal Elimination for the National Sports Festival.

Commending the performance of Team Lagos so far at the Zonal Elimination, Kolawole said the athletes and officials are in high spirit while expressing optimism that the state will achieve set target as qualifying tournament enter day three.

The Zonal Elimination got underway on Tuesday following the opening ceremony held at the Lanreleke Sports Academy, one of the two venues hosting the South West qualifiers for ball games.

Over 700 athletes from Lagos, Ogun, Oyo, Osun, Ondo and Ekiti States are competing in the team sports events which include football, basketball, handball, volleyball, hockey, baseball and softball as well as beach volleyball.

Kolawole “The zonal elimination for the National Sports festival is very fantastic especially when you look at the kind of facilities we have on ground and Lagos state came prepared for the games because we are here with our full team to take the lead at the end of the competition. We don’t even believe in coming second, we believe that in all the sports that we are competing, we will take the lead by the special grace of God. By coming first in all the event, it will be very easy for us to compete at the National level during the games proper later in November and show the whole country that Lagos is truly the hub of sports in Africa”.

Kolawole who commended the Governor of Lagos State, Babajide Sanwo-Olu for his commitment towards sports development said the management of the Lagos State Sports Commission has motivated the team ahead of what he expected to be another successful outing for Team Lagos.

“I want to use thank our amiable governor, Mr Babajide Sanwo-Olu for giving us the opportunity to be here and compete at the South West Zonal Elimination. Without Mr Governor’s support, we can be here and I want to tell you that he is committed to the development of the youth through sports and make them to become responsible citizens. You can see that the athletes and officials are trying their possible best to ensure that we repay the efforts of the Governor by doing great at the competition.

The closing ceremony is billed for Bowen University on Thursday while the state contingents are expected to depart for their various states on Friday.

The 21st National Sports Festival billed for Asaba, Delta State is scheduled to hold from November 28 to December 10.