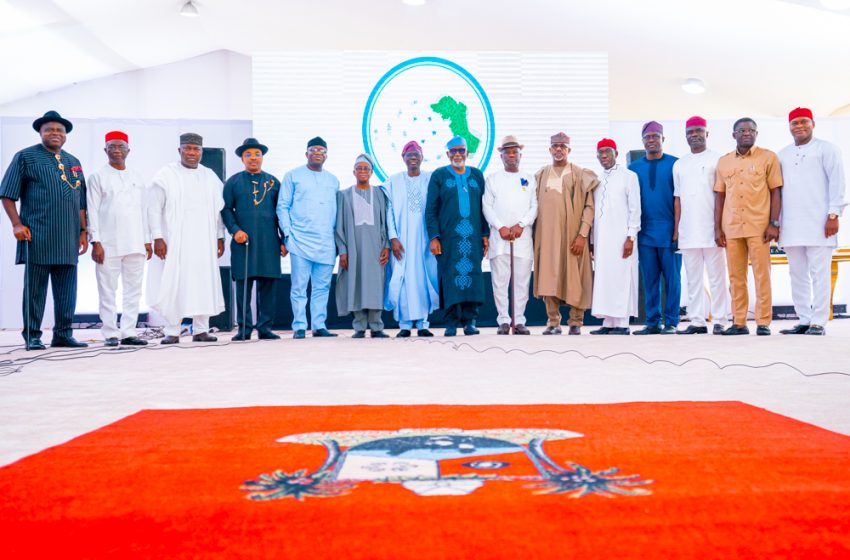 Eight weeks after their last meeting, Governors from the Southern part of the country, again, converged in Lagos State on Monday in a follow-up to their May 11, 2021 deliberation in Asaba, Delta State.

Governor Babajide Sanwo-Olu hosted his colleagues at the Government House in Alausa for the meeting held behind closed doors for four hours.

iii. The Forum also rejects the proposed 30 per cent share of profit for the exploration of oil and gas in the basins.

Governors of Cross River and Anambra States, Prof. Ben Ayade and Willie Obiano, were absent at the meeting.