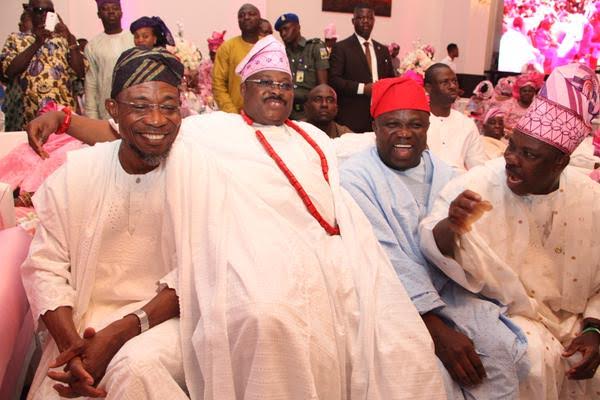 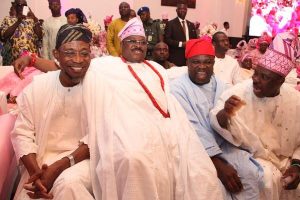 Southwest governors will meet today in Ibadan, the Oyo State capital, on the economic development of the region, it was learnt last night.
Expected are Governors Akinwunmi Ambode (Lagos), Abiola Ajimobi (Oyo), Rauf Aregbesola (Osun), Olusegun Mimiko (Ondo), Ayodele Fayose (Ekiti) and Ibikunle Amosun (Ogun).
They are to discuss how to boost the infrastructure in the region and how the states can collaborate to improve the economy of the region, a source privy to the agenda of the meeting which is bipartisan, said.
“The ultimate goal is the economic integration of the region from Ondo State in the northern part to Lagos State in the South.
“States will have to lift each other up, working from their areas of strength. This has nothing to do with politics but the overall economic development of the Yoruba,” the source said.
For some time now, moves have been ongoing, led by some leaders in the region, for the states to collaborate to develop the economy of the region thorough a collaborative effort and integration.
Special Adviser Communication and Strategy to host Governor Ajmobi said the meeting was called at the instance of the Oyo State helmsman.
In a statement, Mr. Yomi Layinka explained that the meeting would discuss several issues of common concern in view of the challenging economic circumstances confronting the nation and its constituent parts.
He said, “These issues include security of lives and properties of all citizens and our peoples; the economic development of the states by leveraging on common resources and the competitive advantages of the region.
“Other issues to be discussed will include the identification and development of critical infrastructure, especially road networks and the need for a regional rail network for transportation of goods and services within the region.”
The statement added that the conversation would be facilitated by Director-General of the Nigeria Institute of Social and Economic Research, Prof. Dosu Adeyeye; Director-General of the Development Agenda for Western Nigeria (DAWN Commission), Mr Dipo Famakinwa; and the Group Managing Director of O’odua Investments, Mr. Adewale Raji.