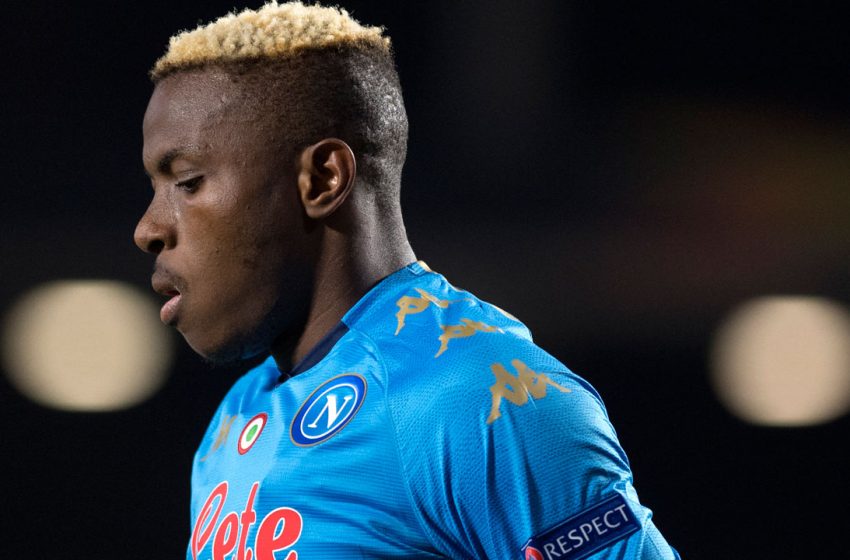 Super Eagles striker Victor Osimhen is a primary target for English Premier League side, Tottenham Hotspur, ahead of the summer transfer window.

The 23-year-old was reportedly a mid-season target for Spurs as they looked to bolster Antonio Conte’s options in attack but the English club saw their approach for the striker rejected by Napoli in January.

Despite a season disrupted by injuries that saw him out for about two months, Osimhen has really impressed scoring nine goals in 16 games.

According to Football Insider, Spurs sporting director Fabio Paratici is planning on returning for the former Lille striker at the end of the season.

The publication added that the deal for the striker, who joined Napoli in the summer of 2020, will not come so cheap deal.

The report claims Osimhen is valued slightly higher than that original fee at £70m.

Spurs did manage to secure an addition to their frontline in January, with Dejan Kulusevski arriving from Juventus along with midfielder Rodrigo Bentancur.

In the caption, he wrote, “Give a special shout-out to the Queen today. Happy birthday Tiwa Savage.”

Other celebrities who celebrated Tiwa Savage include actress Adesua Etomi-Wellington, reality TV stars Dorathy Bachor and Kim Oprah, singer Waje, and many others.