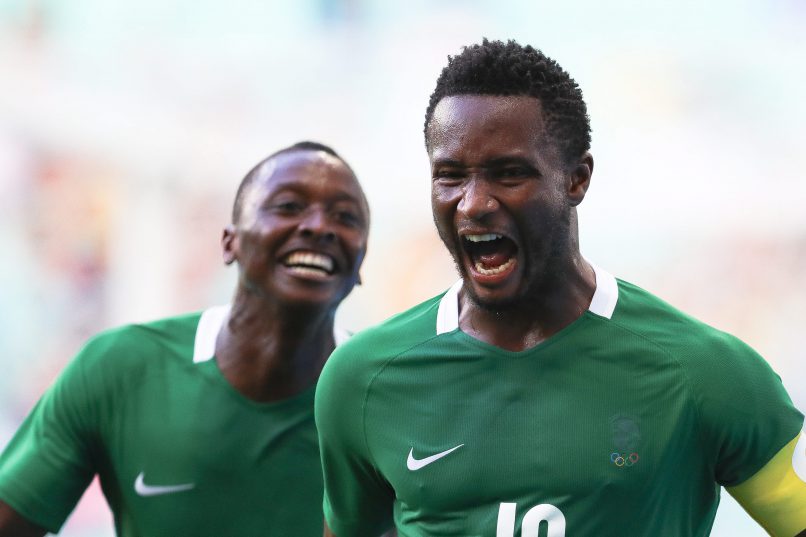 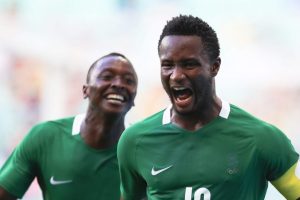 Super Eagles’ players and officials have promised that they would not rest on their oars until they get the Russia 2018 World Cup ticket. The team leads Group B of the African qualifying series by four points.
Nigeria defeated Algeria 3-1 in Uyo to reach the six points mark from two games. Their closest rivals, Cameroun, are on two points, while Zambia and Algeria have a point apiece.
Speaking in Uyo after the victory over Algeria, Coach Gernot Rohr said the team would not celebrate yet because there are still more tricky matches to play in the 2018 FIFA World Cup qualifying race.

Rohr said: “We played a good match and got three points, but I want to say that there are more matches to play and we have to keep our focus.”
He said he has already started planning for Nigeria’s next game, two home and away games against Cameroun in August. “We have a friendly against Egypt in Dubai in January, which will enable me to look at the home–based players, but I will continue to monitor the Europe-based players and we will see how we get matches for them on FIFA free dates.”

Saturday’s win earned Rohr, who was signed on by Nigeria August this year, three wins out of three matches. Also reacting to the Eagles’ position on the Group B log, Skipper John Obi Mikel said it was too early to start celebrating, especially since there are still 12 points to fight for.
Writing on his twitter handle, an excited Mikel said: “What a night, what a win! Three points, top of the group, and a goal! Still a long way to go but WE BELIEVE #SuperEagles #Russia2018.”
To second choice goalkeeper, Ikechukwu Ezenwa, the only way Nigeria would get to the World Cup is by continuing to work hard in all the remaining games.
“We are so delighted with the win against Algeria. Everyone is happy, but we have to realise it is not far from over. “We have six points from two games which is good for us. The spirit in camp is high and we must not get complacent in the remaining matches,” he said.
Nigeria Football Federation President, Amaju Pinnick, describes Saturday’s win as the elixir the Super Eagles need to qualifying race, adding, however, that the team will continue to take the 2018 World Cup qualifying race one match at a time.

“This victory is very, very sweet. But as I said after the match in Zambia, this is a marathon. We have now won two matches out of six, and as a result of the draw between Cameroun and Zambia, we are looking very good on top.

“The best approach is to keep focus, to know that we are not there yet but that we surely will be there by putting more effort in each of our next four matches.”