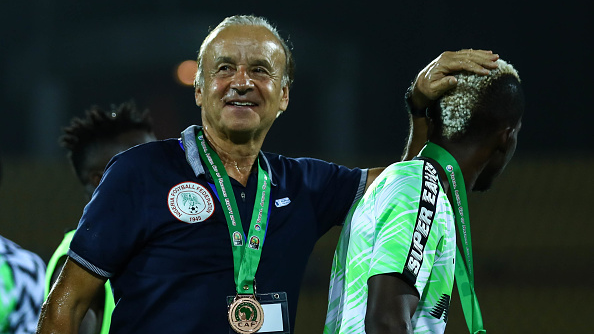 Coach Gernot Rohr has taken time to explain why his Super Eagles have not featured players from the Nigeria domestic league.

Critics have lashed out at the Super Eagles coach for not offering players based in Nigeria to fight for places on his team in the five years he has been in charge of the national team.

But Rohr said he will consider a player from the local league should he prove to be better than a direct rival from Europe.

“Of course I will invite local players if they were better than their foreign-based counterparts,” he maintained.

That’s why we invite younger players from the local league to encourage them and when we have friendlies, we test them.”

Rohr insisted that he has followed the local league along with his assistants as well as the NFF technical department.

He said the NPFL players have struggled because they do not work under the best conditions.

“Honestly, they don’t have the best conditions – play on synthetic pitches, the facilities are not good, they travel long distances (for matches),” he explained.

“Better conditions should be given these players.”