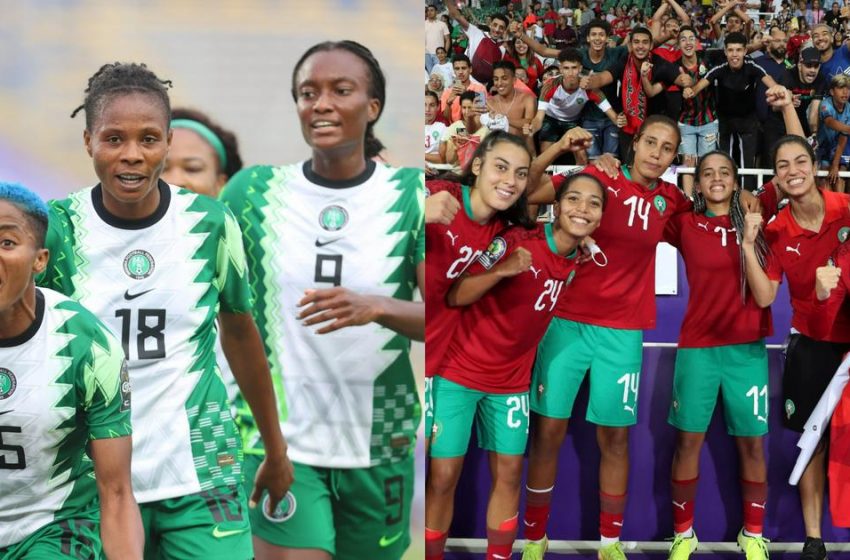 The Lionesses of Atlas have been impressive so far at the tournament, proving doubters wrong after winning all four of their matches so far, with South Africa the other country to have achieved such a feat in this campaign.

With a place at next year’s Women’s World Cup in Australia/New Zealand already guaranteed, both sides have turned attention to winning the WAFCON title, but must first cancel each other out.

After a slow start, which saw them lose 2-1 to South Africa in their opener, the Super Falcons have grown from strength to strength to revive their title defence, winning their last three games.

While the Super Falcons are chasing the title for a record 10th time, the Lionesses are hoping to lift the trophy for the first time in their history.

Nigeria have taken part in all the past editions of the WAFCON, while the 2022 edition is the Lionesses’ third appearance, but despite the huge gulf in class between the two countries, today’s semi-final clash will see fans treated to an interesting battle between the North and West Africans.

While Nigeria qualified for the semi-final after beating Cameroonian 1-0 in the quarter-finals Thursday night at the Mohammed V sports complex in Casablanca, with the only goal scored by the impressive Rasheedat Ajibade in the 56th minute, Morocco made history with their first-ever qualification for the Women’s World Cup after defeating Botswana in the quarter-finals.